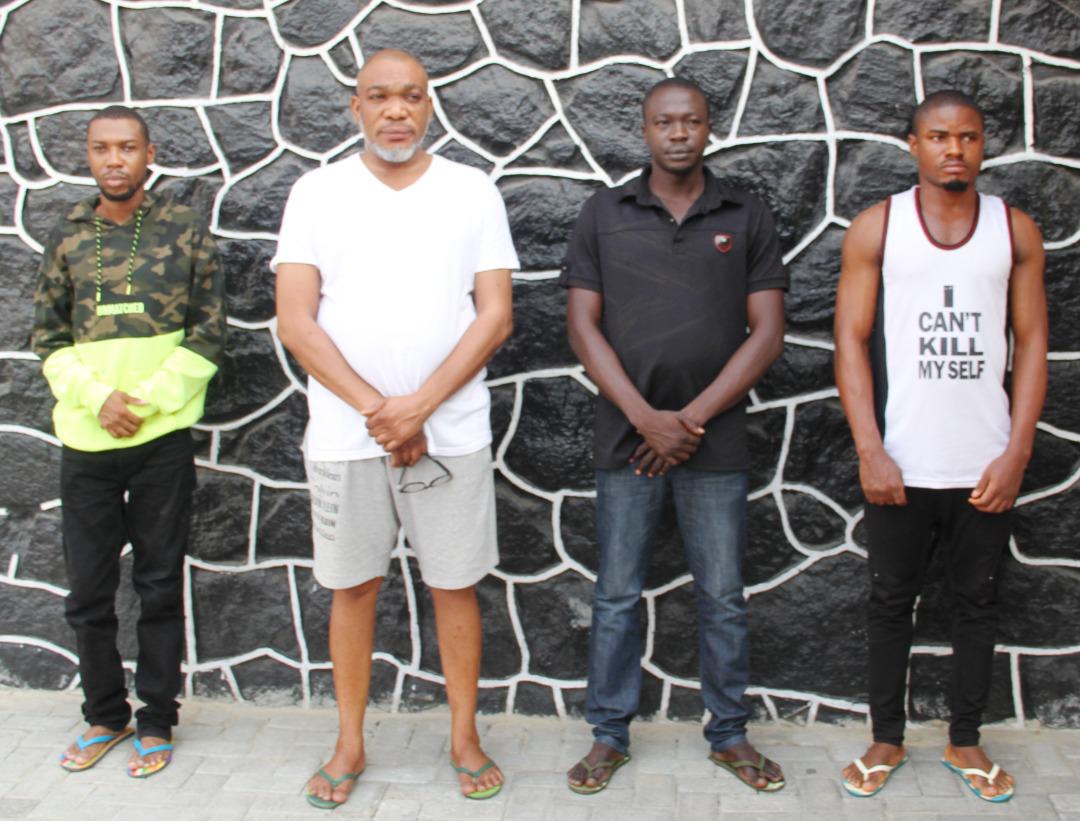 Operatives of the Economic and Financial Crimes Commission (EFCC) have arrested one Osondu Victor Igwilo and three others for a $100m fraud.

EFCC in a statement said Igwilo has been on the watch list of the Federal Bureau of Investigation (FBI) since 2018.

Fifty-two-year-old Igwilo, alleged to be the leader of a criminal network of “catchers,” was arrested alongside Okafor Nnamdi Chris, Nwodu Uchenna Emmanuel and John Anazo Achukwu at a studio in the Sangotedo area of Lagos.

The suspects are facing allegations of fraud, money laundering and identity theft to the tune of about $100m.

Before their arrest, Igwilo and his accomplices had allegedly been involved in an advance-fee scheme that involved false promises of investment funding by individuals who impersonated some United States of America, USA, bank officials in person and via the internet.