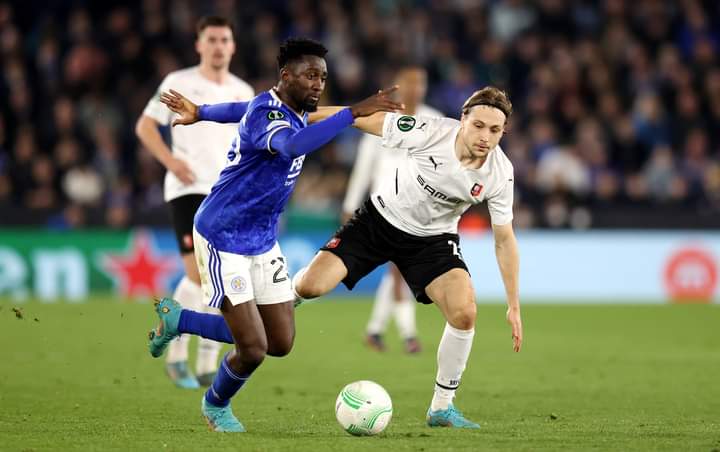 Leicester progressed to the quarterfinal of the Europa Conference League on Thursday night but Super Eagles coach, Austin Eguavoen and Nigerian fans would have other concerns.

Nigeria’s midfield lynchpin, Wilfred Ndidi hobbled off on the hour mark in the game as he looked to have sustained an injury. The former Genk midfielder’s tackle on Gaëtan Laborde was clean but he might have hurt himself in the process.

James Maddison came on for the Nigerian in the game as Leicester held on to their aggregate lead to progress to the next round.

The extent of Ndidi’s injury is left to be seen with more details expected to be revealed in the coming days. The situation, however is uncertain and won’t be appreciated at the moment for the Super Eagles as the midfielder is one of the most dependable players of the Nigerian national team.

Ndidi has had fitness concerns this season and missed out some few weeks earlier in the season. Leicester City are expected to provide an update of his fitness ahead of the Foxes Premier League clash against Brentford.