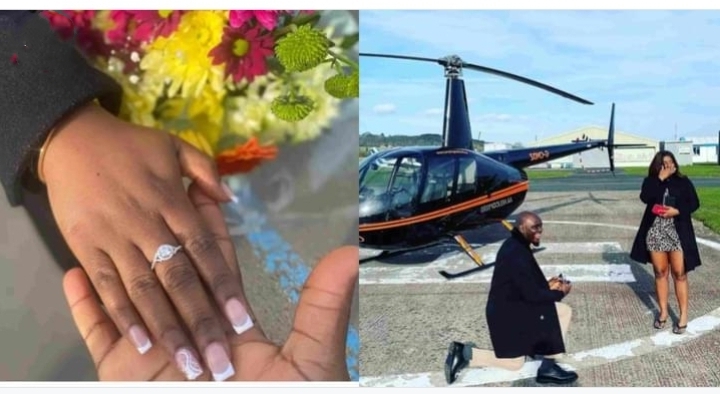 A Nigerian filmmaker, Edward Erhahon a.k.a Eddy Young, has left female netizens awwing after he revealed the way he proposed to his girlfriend of 7 years.

Eddy proposed to his heartthrob in style, making her feel like the most important person in the world. 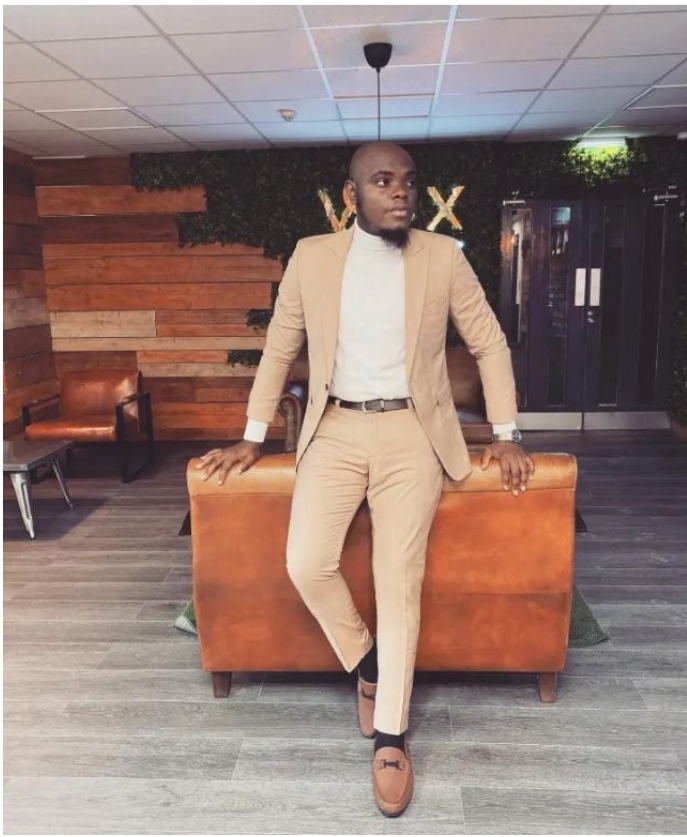 According to Eddy, he took her on a ride in a helicopter to get a ‘Yes’ from her.

He flew her in the chopper 1,500ft above sea level, wowing her before asking her to marry him, a request she said yes to.

The excited new fiance took to social media to share photos of the lovely moment his marriage proposal was accepted.

Sharing the photos, he wrote;

“I took the love of my life 1,500ft to get the much Needed YES !! Happy to say I will be married to my favorite person. 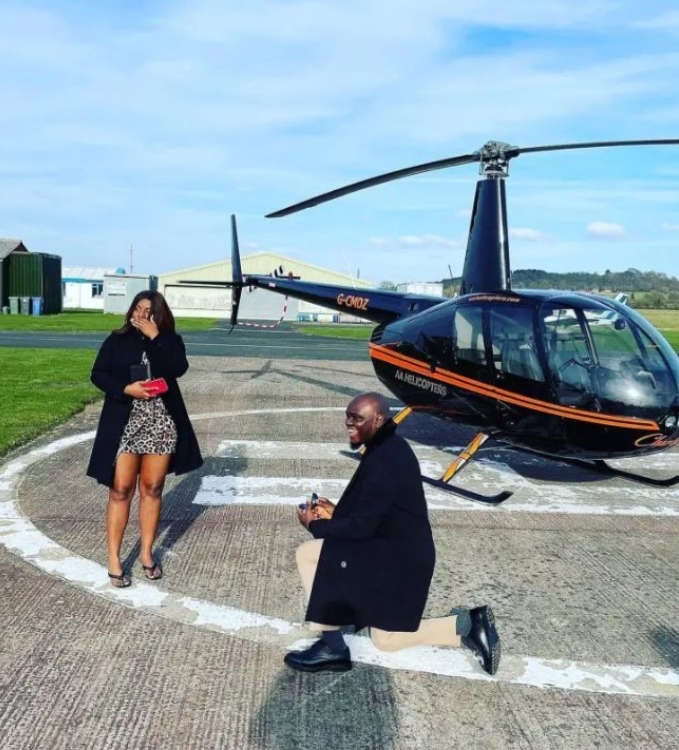 I have known you for 8 years and we have done this love thing for 7 years.

“I can’t wait to tour the world with you and make beautiful memories while we live this life.