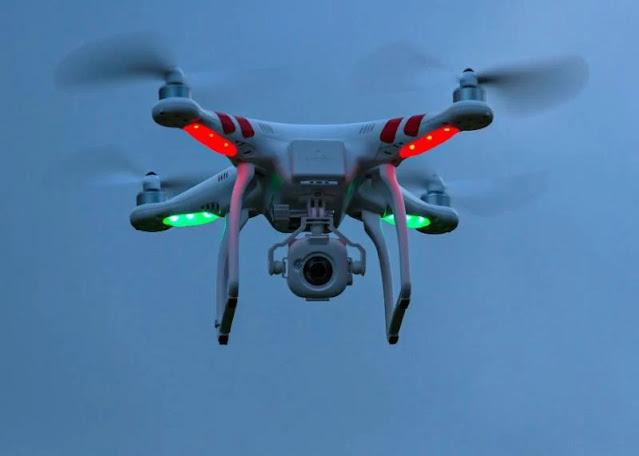 The Nigeria Customs Service (NCS) on Tuesday donated 86 drones to the Nigerian Navy (NN) toward enhancing its operations.

The NCS Comptroller-General retired Col. Hamid Ali, while presenting the items in Abuja said that they were intercepted at the Nnamdi Azikiwe International Airport, Abuja, after the importers failed to present End Users Certificate (EUC).
Ali said that the customs usually condemn items imported into the country without EUC, after security permission from High Court.

Such item or equipment are automatically forfeited to the Federal Government, which is why we are directed to transfer and hand over the drones to the NN.
“This is also because of the cooperation and the synergy among the security agencies in the country,“ he said.

Ali was represented by the NCS FCT Comptroller, Mr Suleman Bomoi at the ceremony.
We intercepted these drones, seized them from Nnamdi Azikiwe International Airport Abuja, and we went to High Court, Abuja, to get the Court’s order to condemn.
So, I’m directed by the C-G to hand the items to the NN because of the cooperation and the synergy among the security agencies,“ he said.

Ali, however, emphasised that items imported or that found their ways into the country, must come with EUC.
He, however, urged Nigerians who were into importation or thinking of going into the business, to always ensure they have their EUC in place.

“Getting EUC is as easy as anything. Go to the office of the National Security Adviser (NSA), who is saddled with responsibility of issuing EUC and apply online and get it.
“So, failure to have it will lead to interception, seisure and outright condemnation,“ he said.

In his remarks, the Chief of Naval Staff (CNS) Vice-Adm. Awwal Gambo, while receiving the items, assured of appropriate use of the items for the benefit of the service and the country in general.
Gambo was represented by the Chief of Training and Operations, Naval Headquarters, Rear Adm. Solomon Agada.

The CNS extended the appreciation of the entire NN to the custom’s C-G, adding that it was done as part of collaboration among the various security agencies in the country.
This, collaboration he added, would continue to be in place as the agencies work together to ensure the security of the country.

Osinachi was verbally, physical abused by her husband – Witnesses