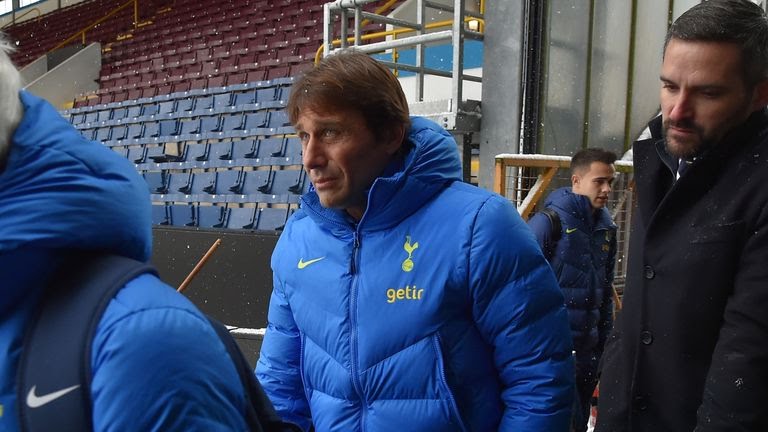 Tottenham boss Antonio Conte says Thursday’s meeting between managers and the Premier League to discuss issues around the Covid-19 pandemic was like talking to a brick wall.

On Monday, the league chose to continue playing through the Christmas period.

Three games on 26 December have now been postponed, taking the total to 13, while players and club staff returned a record 90 positive tests last week.

Asked if the meeting was a waste of time, Conte said: “I think so.”

The Italian added: “Yesterday it was [like talking to] a wall and for this reason I also prefer to not go into it.”

The Premier League has declined to comment and BBC Sport has been told Spurs boss Conte did not contribute to any discussions within the meeting.

On Thursday, Liverpool v Leeds and Wolves v Watford were postponed because of coronavirus, while the Boxing Day fixture between Burnley v Everton was called off on Friday.

Spurs, who are seventh in the table, have been hit hard by the virus with two league games postponed and their final Europa Conference League game forfeited after they were unable to play.

Amid the rise in cases, Liverpool and England midfielder Jordan Henderson told BBC Sport earlier this week he was “concerned” that “nobody really takes player welfare seriously”.

He said he does not think it will happen, but that a strike may be the only way to get the authorities to listen.

Smith said on Friday it was “lunacy” his side are having to play two games in 48 hours despite more Covid cases in the squad.

The Canaries, who bottom of the table and three points from safety, host Arsenal on Sunday at 15:00 GMT before playing away at Crystal Palace on Tuesday, kick-off 15:00.

Smith said Norwich, who have not played since 14 December because of the virus, had “fresh cases”.