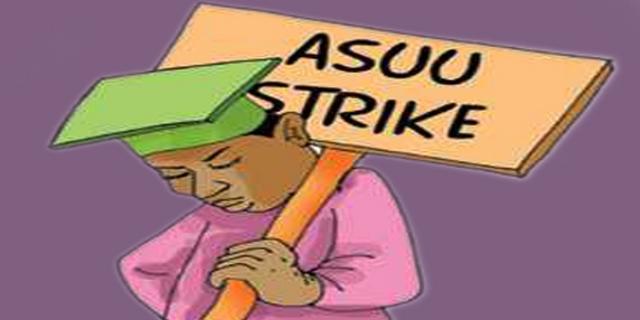 The Court of Appeal has fixed Thursday to entertain the suit filed by the Academic Staff Union of Universities, ASUU, seeking a stay of execution of the ruling of the National Industrial Court which ordered it to call of the strike.

When the matter was called on Wednesday, counsel to ASUU, Femi Falana, SAN, told the court that he had two applications before the court but that he wished to withdraw one and the court granted his request.

Mr Falana told the court that he had served the preferred application on the Federal Government and had proof of service.

Counsel to the Federal Government, James Igwe, SAN, however, told the court that it was the withdrawn application that he had seen and responded to.

He said in the light of the new development, he needed time to respond to the application which he said he intended to oppose.

Earlier, one of the justices, Justice Biobele Georgewill advised both counsel to meet and evolve a solution to settle the ASUU-FG impasse out of court.

“As senior lawyers, for the sake of the children and our lawyers, have a discussion among yourself, leave the litigants out and agree on a way forward.

“The nation will appreciate you for it,” Justice Georgewill said.

In an interview with newsmen, Mr Igwe expressed optimism that he and Mr Falana would be able to reach an agreement before the sitting tomorrow.

Mr Falana also told newsmen that following his experience at the National Industrial Court and Industrial Arbitration Panel, his clients also want an amicable resolution to the matter.

The National Industrial Court on had on September 21, ordered ASUU to call off the strike.

The court granted the motion on notice filed by the Federal Government, urging the lecturers to return to classrooms.

Ruling on the interlocutory injunction, the trial judge, Justice Polycarp Hamman, restrained ASUU from continuing with the industrial action pending the determination of the suit filed against ASUU by the Federal Government.

Miffed by the ruling, the union headed to the appellant court to appeal the ruling.