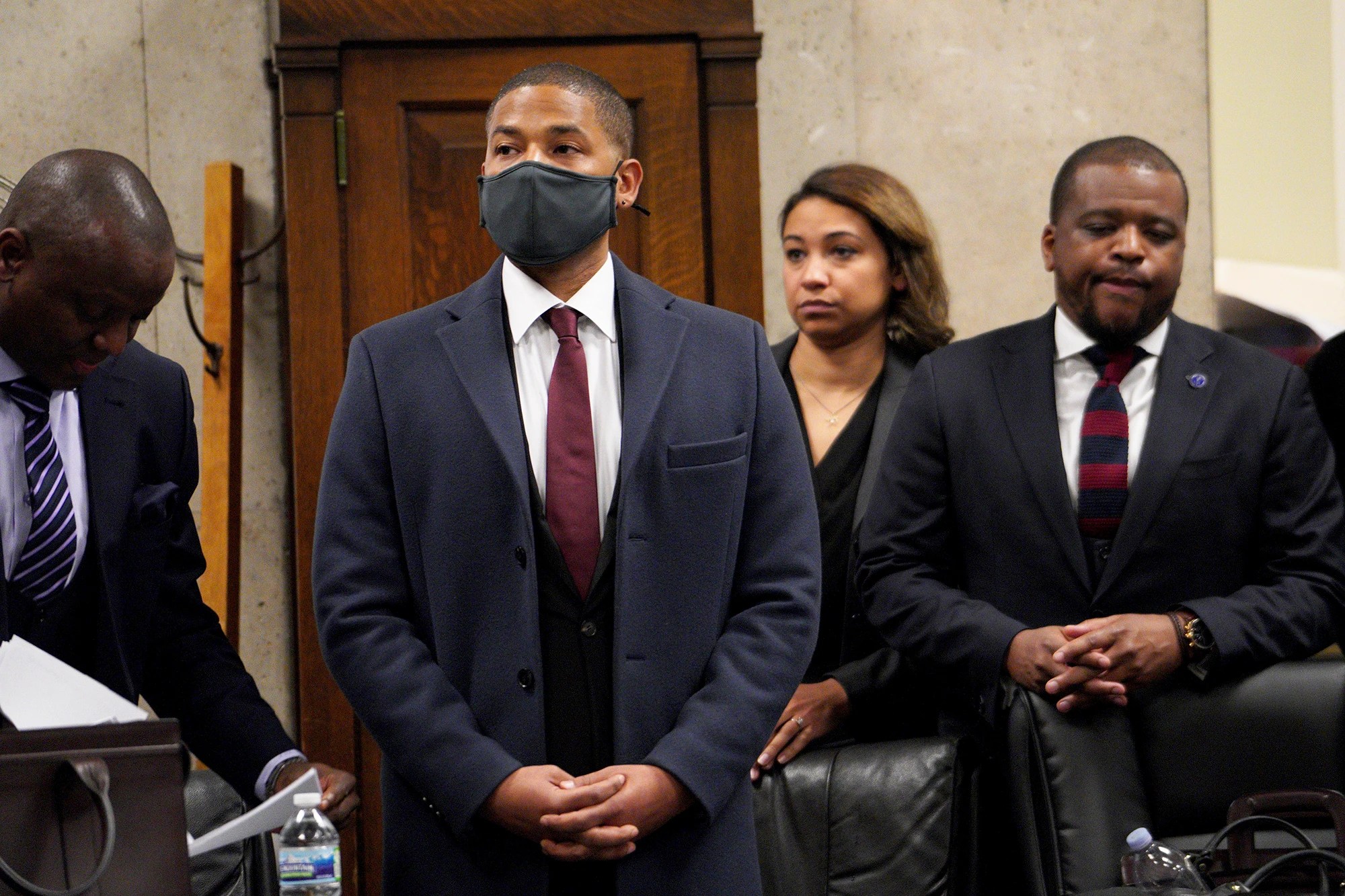 The Jussie Smollett saga came to a dramatic end Thursday when a Chicago judge ordered him to spend five months behind bars for concocting a “disgraceful” scheme to fake a hate crime, prompting the actor to scream out in protest: “I’m innocent!”

“I could’ve said I was guilty a long time ago!” Smollett bellowed as he was led away in handcuffs and remanded into custody.

“I did not do this and I am not suicidal and if anything happens to me when I go there, I did not do it to myself and you must all know that.”

Before handing down his sentence, Judge James Linn asked Smollett if he’d like to say anything but he declined, with his attorney Nenye Uche explaining he advised against it because of their plans to appeal the conviction.

But following a lengthy monologue from Linn, who excoriated Smollett for pretending to be a hate crime victim, Smollett started shouting to the court when he learned he’d be going to jail, appearing to imply there was some kind of conspiracy against him.

Linn sentenced Smollett to 30 months of probation, the first five of which he must spend in the Cook County jail, and ordered him to pay the city of Chicago $120,000 in restitution and a $25,000 fine after he was found guilty on five counts of felony disorderly conduct following his eight-day trial late last year.

As he delivered his sentence, Linn called the actor a “disgrace” and said his performance during the trial, in which he testified on his own behalf, was “pure perjury.”

“You have another side of you that is profoundly arrogant and selfish and narcissistic and that bad side of you came out during the course of this,” the judge continued.

“Your very name has become an adverb for lying and I cannot imagine what could be worse than that.”

As Smollett was removed from the courtroom by members of the Cook County Sheriff’s Office, his legal team made a series of oral motions to challenge the sentence, all of which Linn “respectfully denied.”

‘I Have To Help’: One Of World’s Best Snipers Joins Ukraine In Fight Against Russia