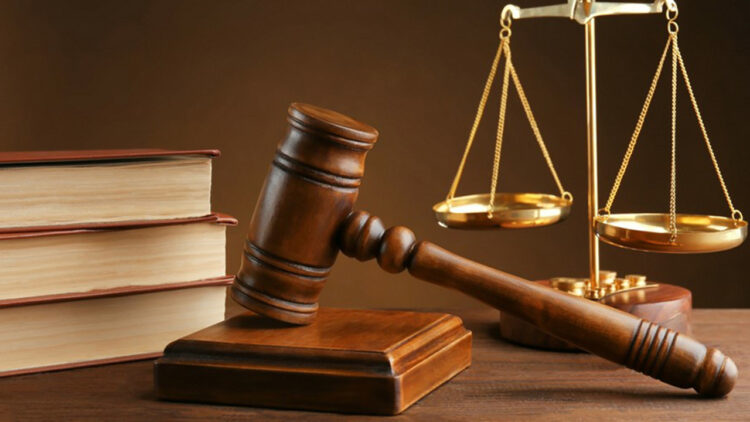 The Chief Judge of Oyo State, Justice Munta Abimbola, on Thursday, put to rest the final case of the five years long litigation journey that trailed the elevation of some High Chiefs and 34 Baales who were elevated by the late governor Abiola Ajimobi in 2017 to crown and coronet wearing kings by .ordering them to return to their original positions before the setting up of the Justice Akintunde Boade (retd) Commission of inquiry.

Justice Abimbola further issued an order of Perpetual Injunction, restraining them from the status of elevation or wearing crowns or coronets, answering all the questions they asked the court to answer in the negative

The Chief Judge in his over an hour judgment said he finds no merit in their application before the court and dismissed it in its entirety, holding that all government’s action must be in compliance with the law of the land.

The court had held that while the Baales have a case, wearing of crown or coronets is of no issue as the actionable word is the elevation of status from High Chiefs to Obas and from Baales to Obas, adding that “there are various and diverse issues raised, compounding the determination of the action. If I now narrow it down, the issue which I formulate is as follows;

“One, considering the facts, circumstances, the history of this application and whether the claimants are entitled to have the above consent judgment set aside. if yes, what is the beneficial interests conferred on them; if no, why no? and two, juxtapose the above issues in question as to whether the consent judgment between High Chief Rashidi Ladoja and the governor is valid and subsisting.

“In answering the question, I shall move step by step; in my considered opinion, the consent judgment is valid and subsisting having not been set aside by me. I am of a very strong view that the claimants have not laid down a special circumstance why I should set aside the consent judgment.”

“The claimants stood by when every single issue was on appeal and instead of filing by way of motion to be joined as interested parties, they stood by. They ought to have applied at the Appellate Court in respect of issues in contest in this case where issues that are in their interest were to be determined once and for all. They failed to do that, they stood by and allowed another person to fight their cause.

“Also, all the suits listed above have been eventually discontinued by respective processes of withdrawal, it is of no moment to me at all, the time and manner in which these suits were discontinued, the relevant point is that as at the time these issues are being determined and interest being considered, there were no longer any case or action before any court. I hold therefore that there should be an end to litigation and it is for that reason that the consent judgment which I hold was bonafide and in the interest of peace.

“Furthermore, in the lead judgment, the composition and membership of the commission of inquiry was said to be contentious and since parties were divergent in their views with affidavits and counter-affidavits before the court, it ought not to have proceeded but call for evidence. The court of Appeal ordered a retrial and set aside the judgment of then trial court,” Justice Abimbola said.

He added that “ the sub quantum of violation of the claimants claim of interest herein as to elevation has been bonded; all the recommendations, action of the government and subsequent elevation to Obas from Baales is null and void and no longer exists. The setting aside of the judgment made the inauguration of the judicial commission of inquiry of Olubadan and any other related Obas invalid,” the court held.

Justice Abimbola in concluding his judgment held that “therefore, parties shall return to the original positions and status before the setting up of the commission of inquiry. I find no merit in this application at all; it is dismissed in its entirety, all questions answered in the negative. There is perpetual injunction, claimants are restrained from the status of elevation and wearing crowns. All steps taken by the government must be in compliance with the law of the land.”