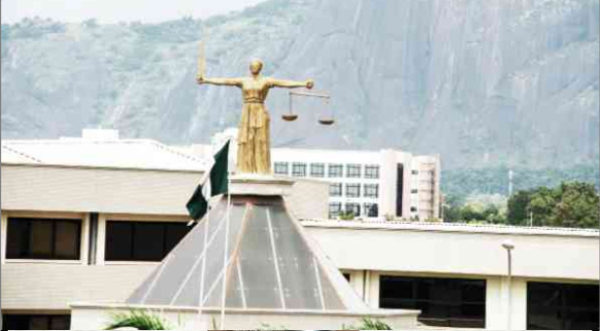 A Chief Magistrates’ Court in Iyaganku, Ibadan, on Monday ordered the remand of two bank staff and four others at the Abolongo correctional facility, over alleged  foiled planned bank robbery.

The Chief Magistrate, Mr Emmanuel Idowu who did not take the plea of the defendants due to lack of jurisdiction, ordered their remand at Abolongo correctional facility, Oyo Town.
Idowu said they would be remanded, pending the advice of the Oyo State Directorate of Public Prosecution (DPP).
He adjourned the matter till Sept. 29, for mention .
The News Agency of Nigeria (NAN) reports that defedants of undisclosed addresses, were charged on five counts bordering on conspiracy and armed robbery.
The defendants are: Mayowa Kehinde, 29; Abass Aderoju, 41; Akeem Adeniyi, 37; Abass Azeez, 42; Ridwan Eniola, 33; and Mistura Akinrinade, a female, 33.

NAN reports that the six defendants were alleged to have planned an attack on Fidelity Bank, Mokola branch, Ibadan.
Earlier, the Prosecution Counsel, Insp. Iyabo Oladoyin, told the court that the defendants conspired to rob the bank.
Oladoyin said, “the defendants were nabbed at their Agara Odo-Ona hideout along Akala Expressway, Ibadan, on Monday, June 13, at about 9: 00 p.m.”
He alleged that they were concluding plans to carry out robbery attack on another new generation bank within the metropolis.
“The defendants conspired to rob the house of Adegboyega Owoeye with intent to dispossess him of N60 million at gun point.

She said the offence contravened Section 6 (b) of the Robbery and Firearms (Special Provisions) Act Cap RII, Vol. 14 Laws of the Federal Republic of Nigeria, 2004. (NAN)