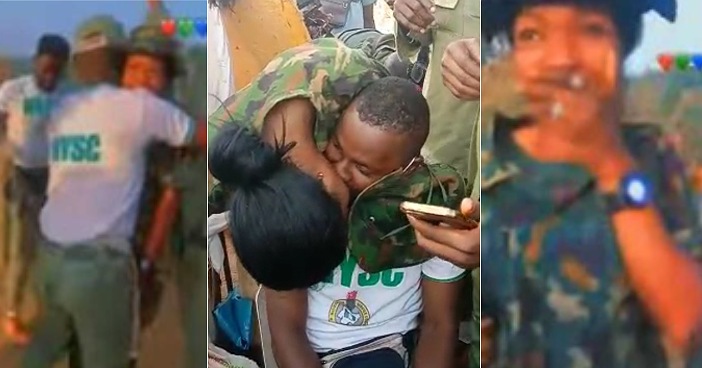 Ms Sofiat had accepted a marriage proposal from a male corps member at the National Youth Service Corps Orientation Camp in Yikpata, Kwara.

A reliable source at Army Headquarters told the News Agency of Nigeria on Saturday that the COAS took the decision in the spirit of Christmas.

The source said that the female soldier had been warned and reprimanded for breaching the extant rule guiding the conduct of military personnel.

He said that the soldier had been forgiven and freed from detention to join her family and friends to celebrate Christmas.

According to the source, this is in line with the COAS vision to have a Professional Nigerian Army Ready to Accomplish Assigned Missions within a Joint Environment in Defence of Nigeria.

Ms Sofiat had earlier been detained for violating military rules and regulations by getting involved in a public display of relationship with a paramilitary trainee – a corps member.

She was detained after video clips where she was seen accepting a marriage proposal from a male corps member at the NYSC orientation camp in Kwara, went viral on social media.

Several groups and individuals have been urging the Nigerian Army authority to release the female soldier.