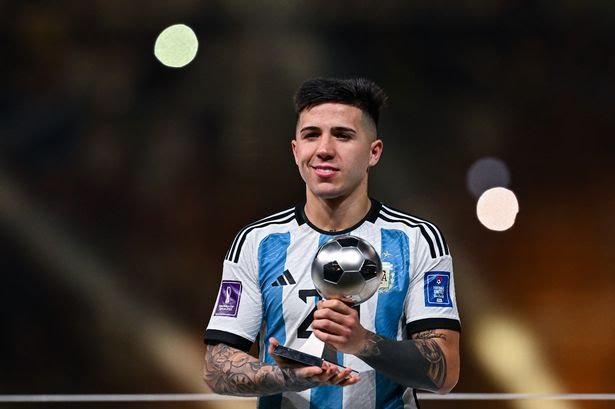 Fernandez has emerged as one of the most sought-after young midfielders at the moment, having played a key role in Argentina’s 2022 FIFA World Cup success in Qatar.
Liverpool and Manchester United and Liverpool are both eager to sign the 21-year-old, having held talks with Benfica over a January move.

Fernandez has a €120million release clause in his deal with Benfica and reports in Portugal claimed last week that the club have already turned down a €100million offer, adamant the Argentina international will only leave if his release clause is met.

According to the Daily Record, Chelsea are ready to enter the fray with a huge offer for Fernandez as Liverpool and Man United are already fighting it out for the player’s signature.

The report added that Chelsea co-owner Todd Boehly has proposed a deal that would see the Blues pay more than the €127million Atletico Madrid paid Benfica for Joao Felix back in 2019 – the club’s current record sale.

Chelsea are hoping Fernandez will push to leave Benfica in the January transfer window, with the club determined to hold onto him until the end of the season.