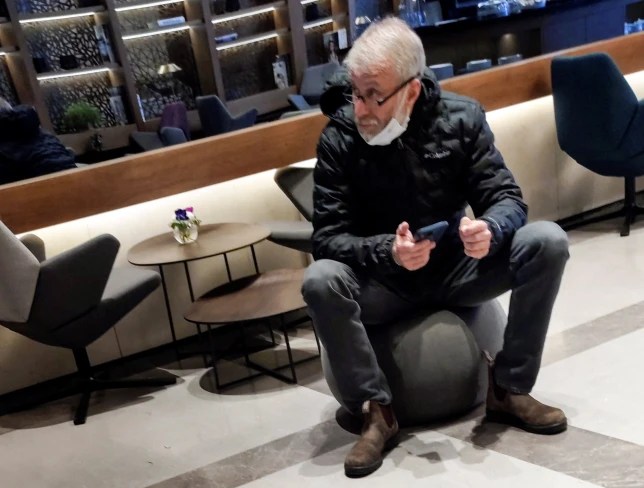 Chelsea owner Roman Abramovich has been spotted for the first time since he was sanctioned by the British Government at an airport in Israel on Monday.

The 55-year-old was seen in a VIP lounge at Ben Gurion airport, located in the city of Lod which is southeast of Tel Aviv, shortly before a private jet linked to him was flown to Istanbul and landed in the Turkish city on Monday afternoon.

Last week, the Government announced that Abramovich’s assets in the UK have been frozen as part of its sanctions against Russia and those with ties to Vladimir Putin.

In its statement announcing Abramovich’s sanction, the Government described Chelsea’s owner as a ‘pro-Kremlin oligarch’ and claimed he ‘has had a close relationship for decades’ with Putin.

The European Union is also set to add Abramovich to its list of sanctioned Russian billionaires.

Abramovich has already sought to protect some of his key assets, including his £430 million yacht, Solaris, which was moved from Spain and docked in Montenegro, which is outside the EU, over the weekend.