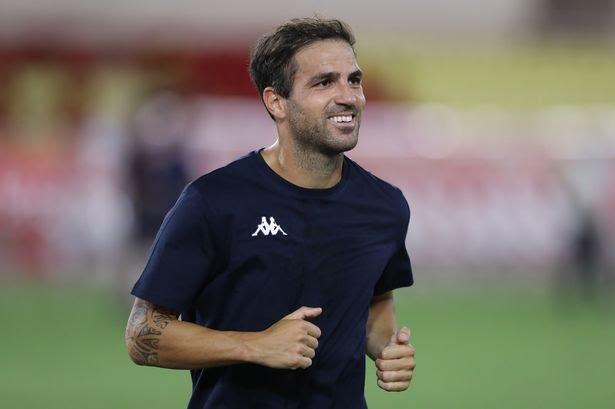 Former Arsenal star Cesc Fabregas has revealed only one huddle to the club’s dreams of winning the Premier League title this season.

The Spaniard believes that his former could actually pull the plug but says a title challenge will depend on how they handle their European commitments.
Arsenal beat Tottenham 3-1 at the Emirates on Saturday to extend their lead at the top of the English top-flight.
Second-placed Manchester City are at home to city rivals Manchester United on Sunday, and the Gunners could tighten their grip if the Citizens drop points.

Ghana International, Thomas Partey put the home side ahead earlier in the first half, but Harry Kane leveled from the spot for Antonio Conte’s side.
Arsenal kept fighting and clinched the three points thanks to second-half goals from Gabriel Jesus and Granit Xhaka.
Fabregas was asked on BT Sport if he thinks the Gunners can maintain their form and challenge for the Premier League title.

The former Chelsea star said, “It will be tough, it’s a big challenge, but I’m very confident.
“‘The only question mark for me is the Europa League. It’s tricky because you play every Thursday, the games can be very far away, and you end up getting back at 4 am and then you need to play again in the league on Sunday.

“That’s not easy at all, so it will be interesting to see how Mikel Arteta handles that situation. But I’m confident that they are in a good place to do it.”

He’s an Alien, It’s Impossible to Cope With Him – Chelsea Legend On Haaland

APC Gov Primary: Don’t blame us for your nullification – Osun PDP to Oyetola