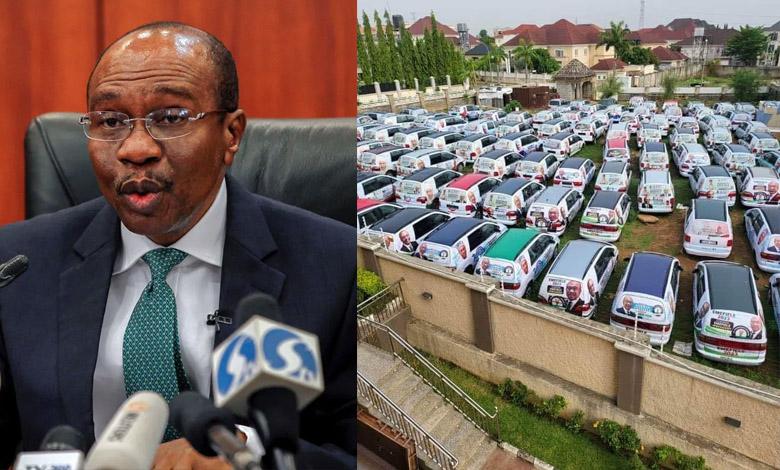 Etta in an exclusive chat with PlatinumPost wondered why Emefiele who is an appointee of President Muhammadu Buhari chose to take sides with Atiku.
Etta who was Acting National Chairman of the APC alleged that Emefiele has donated hundreds of vehicles to the Atiku campaign organisation.

All the vehicles he bought when he aspired for the presidency have already been repainted and rebranded for the Atiku campaign.
We can’t allow somebody who is a beneficiary of our government to work for the opposition. If he wants to join the Atiku campaign, he should resign his appointment. That is the honourable thing to do.”

Recall that scores of APC stalwarts procured the N100 million worth of expression of interest and nomination forms for Emefiele to vie for the exalted seat of the presidency.
Emefiele, however, distanced himself from those who attempted to drag him into the race for the presidency before the screening exercise for twenty-eight presidential aspirants of the party which includes Asiwaju Bola Ahmed Tinubu the eventual winner of the presidential primaries.

During the said Emefiele’s aborted presidential ambition, it was reported that the CBN governor procured several buses to executive the project.