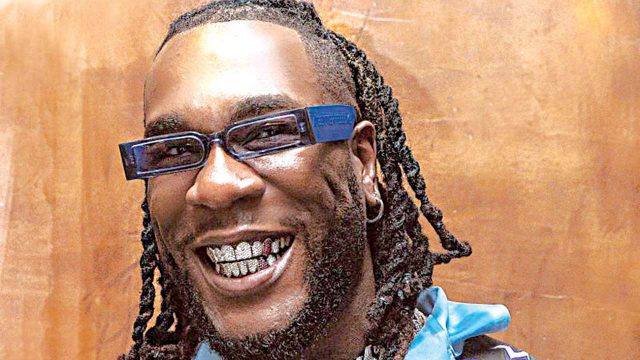 Grammy award-winning singer, Damini Ogulu, popularly known as Burna Boy, on Saturday night confirmed that he had a “bad accident” in his Ferrari.
This comes shortly after reports and viral videos which suggested that the singer may have been involved in an accident.

Confirming that he crashed his Ferrari, the Ye crooner noted, in his Instagram story, that his legs hurt a little but he was fine.
“Yes it’s true. I had a bad accident in my Ferrari today. My leg just hurts a little but I’m fine,” Burna Boy wrote.
He, however, stated that he found it funny that people were recording him instead of trying to help.

Burna Boy opined that the onlookers were too excited to see him regardless of the accident, adding that he still loved his fans.
The three-time Grammy nominated singer added that his late bosom friend, Gambo, whom he eulogised earlier on his status, “got” him.
Burna Boy said, “It’s just funny how everyone came out with phones recording me instead of trying to help (I guess they were too excited to see me regardless of the situation) but I love you all. Gambo got me.”

Sharing a short video on his Insta story, the singer wrote, “Just for confirmation. This is my face”
This comes a day after the singer hinted that he was working on a new album.