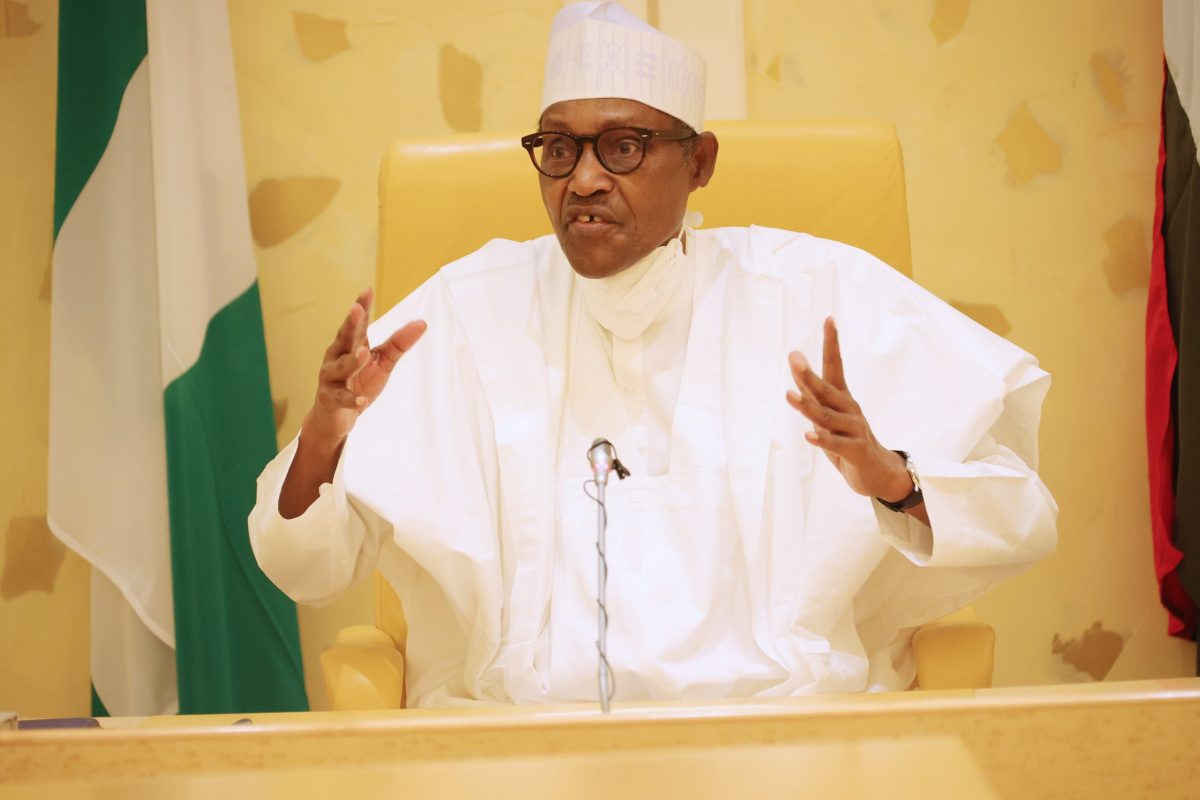 Nigerria President Muhammadu Buhari on Monday stated that the target of his administration was to make the newly rechristened Nigerian National Petroleum Company (NNPC) Limited the biggest and most capitalised oil company on the African continent.

At the event tagged: “Revitalising The Industry: Future Fuels and Energy Transition”, Buhari listed the successful award of 57 marginal fields, passage of the Petroleum Industry Act (PIA) as well as the declaration of the “Decade of Gas” as major milestones of his government.

The president who was represented by the Minister of State, Petroleum Resources, Mr. Timipre Sylva, described the feats as record-breaking, recalling that both the marginal fields bid round and the PIA surmounted over two-decade challenges in the doldrums.

He stated that the conclusion of the marginal fields bid round remained a big deal, even when the world was moving away from fossil fuels, because it gives Nigeria the opportunity to speed up its fossil fuel exploitation and make good use of the resources, rather than abandon them.

He added: “Crude oil prices are on the rise again after turning negative in April 2020. It is a great opportunity for us as a country. With the PIA in place, there should be no excuses. The enabling investment environment which has been the bane of the industry has been taken care of by provisions in the PIA.

“There is now a level of certainty for the regulatory, administrative and fiscal framework and the legitimate grievances of host communities most impacted by activities of the industry has been addressed by the Act.

“To demonstrate our seriousness, this administration did not waste time with the implementation of PIA. We moved quickly and scrapped the existing agencies and replaced them with new ones.

“We have inaugurated their new chief executives too. We also ensured the incorporation of the Nigerian National Petroleum Company Limited (NNPCL) under the Companies and Allied Matters Act (CAMA).

“The NNPCL is a limited liability company now and our target is to make it the biggest, the most capitalised and the most profitable company in the whole of Africa.”

Given the country’s potential of about 600 trillion cubic feet, he stated that natural gas has the enormous potential to diversify and grow Nigeria’s economy.

The president also unveiled Nigeria’s energy transition and net zero emission scheme with the announcement of the country’s $50 million investment in clean energy which included a plan to inject 20 million gas cylinders into the market.

Buhari, however, regretted Africa’s poor situation in energy accessibility and use, stating that the continent was bedeviled with energy poverty. Stressing that there was no need to panic, he stated that Nigeria was already building blocks that will ensure seamless energy transition as the country joins in the race for net zero carbon emission.

In his remarks, the Group Managing Director of the NNPC, Mallam Mele Kyari said the International Oil Companies (IOCs) that divest from Nigeria’s upstream sector must address issues of abandonment and decommissioning of oil assets.

Kyari told participants at the summit that while the country understands the right of companies to freely divest, it was however, critical to ensure that the right thing is done so as to avoid disruption.

He said issues and obligations related to abandonment and decommissioning must be fully addressed and discharged in line with global best practices, regulations, conventions, and laws.

“The companies that are divesting, they are leaving our country literally and that’s the way to put it. But they are not leaving because opportunities are not here, these companies are shifting their portfolios where they can add value and not just that, but where they can add to the journey of net carbon zero emission.

“We understand this very perfectly. But also, we cannot fail to realise that this country must benefit from the realities of today.

“We will work with our partners. We understand the necessity for their investments, we do know that there are issues. We understand that this must take place, but also it must be done in such a way that we are able to deal with issues around abandonment and decommissioning.

“We will also make sure that whatever arrangement that is put in place, will show that we are also alive to the energy transition journey that we have embarked on,” he said.

The NNPC boss acknowledged the need for cleaner energy globally, but said that the African continent must shape its narrative to reflect on its realities, including the high level of energy poverty.

He explained that the NNPC was adopting various strategies towards the attainment of a carbon-neutral economy, while ensuring that the industry remains viable.

In his remarks as minister, Sylva stated that with the PIA in place, expectations were high for the future of the Nigerian oil and gas industry.

“The PIA has indeed given the industry more clarity and certainty. The industry is poised to attract huge investment needed to reposition the sector,” he said.

He emphasised that although Nigeria cannot afford to be left behind in the energy transition race, it had resolved to deploy gas as a transition product to achieve cleaner fuels.

He averred that for countries that are endowed with natural resources but still energy poor, the transition must not be at the expense of affordable and reliable energy for people, cities and industries.

Secretary General of the Organisation of Petroleum Exporting Countries (OPEC), Dr Sanusi Barkindo, who joined virtually, said the PIA would bring about the necessary reforms designed to strengthen institutions as well as help attract the much-needed investment.

He argued that conversation around the energy transition, must not overtaken by emotional outbursts, but on rational discussions based on facts, hard data and science.

“Our industry is at an inflexion point and has never before faced so many challenges across multiple fronts in its long history. Put simply, we are under siege.

“The oil industry is under attack in the courts. Currently there are over 700 litigation cases against oil companies worldwide.

“Environmental NGOs, investors and even some corporate boards are pressuring oil companies and governments to pursue aggressive policies and initiatives that could, in the end, be more disruptive than productive for the global energy industry.” he stated.

“It would be a tragedy of unimaginable proportions if, despite billions of dollars being poured into investments for these resources, this went to waste as stranded assets,” he maintained.

Executive Secretary, Nigerian Content Development and Monitoring Board (NCDMB), Simbi Wabote, noted that during the pandemic, the board was able to add 17 new operators into the oil and gas industry due to the country’s insistence on homegrown solutions.

Also, the Chief Executive, Nigerian Midstream & Downstream Petroleum Regulatory Authority (NMDPRA), Farouk Ahmed, stated that while geopolitical risks and the energy transition continue to destabilise oil prices, it is in the interest of Nigeria to scale up sustainable investment in the fossil fuel sector, considering the role oil and gas will continue to play in the global energy mix.

In his contribution, the head of the Nigerian Upstream Petroleum Regulatory Agency (NUPRC) Mr Gbenga Komolafe, said the energy transition regime has posed a challenge and opportunity for Nigeria to reposition its energy focus and regulatory policies towards development of clean and renewable energy.

Komolafe said the country must take advantage of the rising oil price caused by the ongoing tension between Russia and Ukraine.

“The Russian-Ukrainian crisis has caused an upward spring of oil price above $100 per barrel. This presents opportunity for Nigeria to maximise business,” he said.

Komolafe also said the commission would ensure more compliance to the rules guiding operations in the upstream petroleum sector by denying oil firms approvals for applications for fund hunting unless they present record of their achievements.