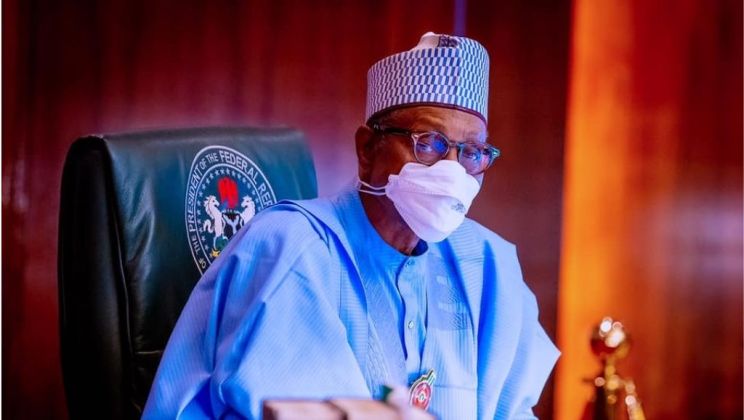 Special Assistant to the President on media, Mr Femi Adesina, has warned those attempting to cause dismemberment of the country, saying President Buhari trekked from South-east to Cameroon border to keep Nigeria one and will not sit idle, let some people dismember the country.

Adesina made this disclosure in Abuja on Friday, when the Black Apple Media Group, a production outfit devoted to making movies and documentaries towards the promotion of unity and peaceful coexistence in Nigeria.

He said ”All those who are trying to cause a commotion, cause disunity, cause dismemberment, I think they just struggle in vain, it will not happen. Nigeria will be together.

”I want to thank you for coming and for this initiative and you can count on us for support.

According to Femi Adeshina, President Muhammadu Buhari had always been committed to the unity of the country.

Ha said “By age 20, he joined the army, by 25, he was already at the civil war fighting for the unity of this country.

”Mr President himself has always said it that for three years that the war lasted, he was there throughout, he didn’t go for any break, he didn’t ask for any pass, he was at the war front.”

Adesina narrated how the president trekked from the South-East to a place called Gakem near the Cameroon border, “all these to keep Nigeria one. Do you think somebody like that will sit idle and let some people try to dismember the country?”

The President’s spokesperson said while some of the patriots are still alive, those who fought the civil war, wouldn’t sit back idle and watch the country disintegrate.

“Our anthem says the labour of our heroes past can never be in vain. Those were the ones who have fought to keep Nigeria together.”

He reminisced that during his school days, there was no division.

“When we were in school, it used to be Ife – Modakeke Students Union. They merged together, they had one group together, there was no difference, so when that war came, it was strange to us.

“We used to be one, that is how Nigeria was originally, and we didn’t know any different. You are from here, you are from there, we were all together, all the ethnic groups in the country, there was no difference.

”To now see some things happening is confounding to us.

”So, I want to assure you that as the Media Office of the President, we will support this initiative,” he added.

The leader of the group, Mr Andy Chukwu, said his team came up with the idea of the movie project – The Hero, to tackle the impact of fake news on social media.

”The movie deals with unity, peaceful co-existence and promotes inter-ethnic marriages. Considering the situations we are in now, we can’t need it at any better time than now.”

He expressed the group’s desire to have the movie translated to major languages of Nigeria for deeper penetration.