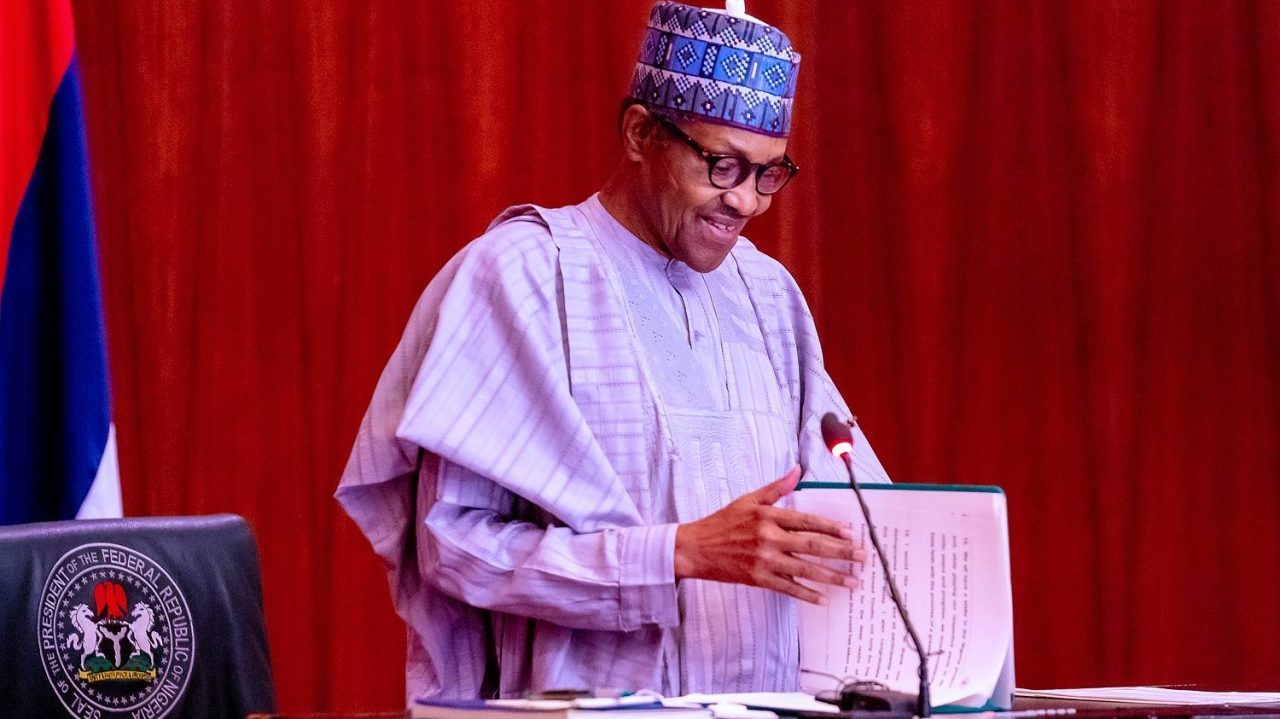 President Muhammadu Buhari Friday inaugurated the board of the newly incorporated Nigerian National Petroleum Company (NNPC) Limited, charging the members to ensure strict compliance with corporate governance principles that place a premium on doing business with the highest ethical standards, integrity, and transparency.

Performing the ceremony at the presidential villa, Abuja, the president also charged them to focus on profitability and operate at par with its industry peers across the world.

“I expect the NNPC Limited to be mindful of our commitments to our net carbon zero aspirations and to ensure total alignment with the global energy transition realities,” he said.

According to a statement issued by Femi Adesina, Special Adviser to the President (Media & Publicity), President Buhari reminded the board members that they came on board as a result of the reforms put forward by the Petroleum Industry Act (PIA) 2021, which seeks to reposition the Nigerian petroleum industry to a commercially viable and competitive industry in line with global business dynamics and best practices.

He stated: “The Nigerian National Petroleum Company Limited is mandated to focus on profitability and continuous value creation beyond the simple fulfilment of legal and regulatory requirements.

“NNPC Limited is expected to operate at par with its industry peers across the world while acting as Enabler Company that will foster the development of other sectors of our Economy.

“The inauguration of this Board is a major step in the ongoing transition to a more viable petroleum industry that will attract investment to support our economic growth and generate employment to millions of our people.”

President Buhari directed that there should be full alignment and synergy between NNPC Limited, the Upstream Regulatory Commission and the Midstream & Downstream Regulatory Authority in compliance with the provisions of the law in all respects to deliver the onerous reforms envisaged for the energy industry.

“NNPC Limited is expected to operate at par with its industry peers elsewhere in the world while acting as Enabler Company that will foster the development of other sectors of our economy,” he further said

While thanking the leadership and members of the National Assembly for their seamless support in the journey towards a viable, accountable and transparent energy industry, the President said he would count on the professional insights and ethical conduct of the Board members to ensure the delivery of his administration’s promises to Nigerians.

In his remarks, the Minister of State, Petroleum Resources, Timipre Sylva, said under the present administration a lot has been achieved in the petroleum industry, including the signing of the PIA, the registration of NNPC Limited as a CAMA company and the inauguration of the Board of the NNPC Limited.

“Mr President this is history in the making because this is the first time any President of the Federal Republic of Nigeria is inaugurating an independent board of an independent NNPC Limited. This, however, puts a lot of responsibility on the shoulders of those inaugurated and those of us in the Ministry of Petroleum Resources,” he said.