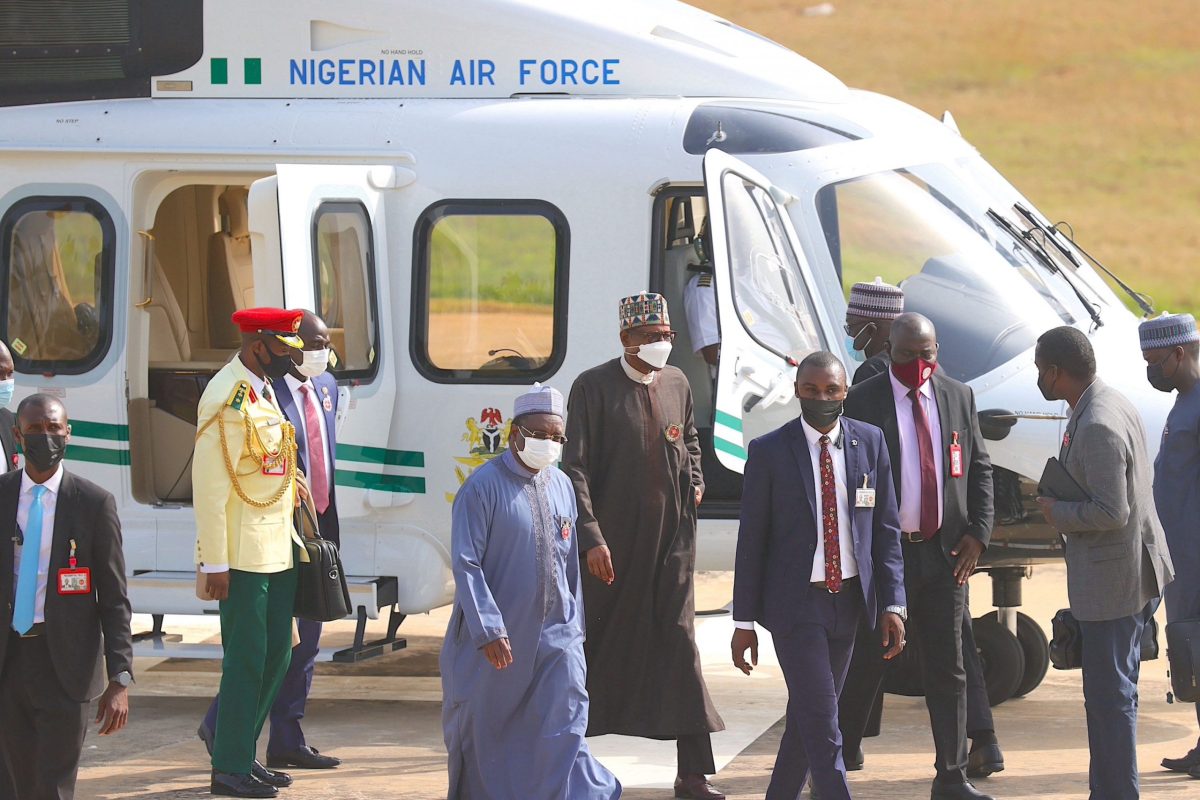 Nigeria President Muhammadu Buhari returned to Abuja on Friday after a three-day visit to Nairobi, Kenya, where he participated in the 50th anniversary of the United Nations Environmental Programme (UNEP).

His return, which is contrary to an earlier announcement that he would proceed to London, United Kingdom, from Kenya, for a two-week medical check, triggered surprise and speculations.

A statement issued last Tuesday by the Special Adviser to the President on Media and Publicity, Femi Adesina, announcing the Kenyan trip, said Buhari would head to London from Nairobi after the UNEP event.

“From Kenya, President Buhari will proceed to London for routine medical checks that will last for a maximum of two weeks,” the statement had said. This did not happen.

But the Senior Special Assistant to the President on Media and Publicity, Mallam Garba Shehu said there was no cause for alarm and that the President returned to Abuja because his engagements in Nairobi finished earlier.
Shehu said: “Nothing has changed about Buhari’s planned trip to London; it is still as earlier planned. He will leave for London on Sunday. There’s no need for any anxiety. President Buhari is now billed to leave for United Kingdom on Sunday unlike the initial plan of his leaving the UNEP conference in Nairobi to London.”

READ MORE   18-Year Old Girl Abducted From The Front Of Her House, R3ped And Straggled To Death

While in Kenya, the President participated in the Special Session to commemorate the 50th anniversary of the United Nation’s body.

President Buhari said at the session: “As we celebrate the 50th anniversary of UNEP’s existence, we laud the efforts of UNEP and encourage broader action to overcome climate change, protect biodiversity, stem rising levels of pollution and waste, being three major crises threatening our planet.

The President also met with Mr. Ibrahim Thiaw, Executive Secretary of the UN Convention to Combat Desertification (UNCCD) in Nairobi.

Meanwhile, President Buhari has declared that his administration would continue to defend the interest of Nigerians wherever they may be, even as the nation begins the evacuation of citizens stranded in the aftermath of the happenings in Ukraine.

He made this disclosure on Thursday in Nairobi, Kenya at a Townhall Meeting with a group of Nigerians resident in the country.

Buhari said: “On our part as a government, we shall continue to defend the interests of all Nigerians wherever they may be. We have demonstrated this over time, as we have had cause to evacuate our citizens abroad. We did it in Libya, South Africa and we have just commenced doing the same in Ukraine, where thousands of our citizens, especially students, are trapped by the on-going war between Russia and Ukraine.”

The President, who was represented by Foreign Affairs Minister, Geoffrey Onyeama, commended the Diaspora Nigerians for the unity that exists among them and peace with their host communities, urging them to respect the laws and be good ambassadors of Nigeria.

He reiterated that it was the determination of the current administration to forge a partnership with the ‘Ambassadors-at large’ towards building the country together that led to the establishment of the Nigerians in Diaspora Commission (NiDCOM).

Buhari said: “We expect your willingness to give back to Nigeria some of your resources, talents, skills and global exposure in the development of our great country, Nigeria.”

He, therefore, encouraged the Ambassadors to key into the programmes of NiDCOM, especially the Nigerian Diaspora Investment Trust Fund whose mandate is holistic for all Nigerians abroad, adding that the platform would assist them to expeditiously contribute to the development of their fatherland.

Responding on behalf of Nigerians in Diaspora (Kenya), its President, Dr. Nicholas Ozor, expressed his appreciation to the President for always meeting with them when he is in the country as this boosts their morale.
He appreciated efforts of the Nigerian High Commission officials for their support and care.

Ozor, however, requested the President to intervene in some of the challenges confronting them, such as; the stoppage of visa on arrival for Nigerians; delay in getting student permits; obstacles to ease of doing business, and undue negative profiling of Nigerians.