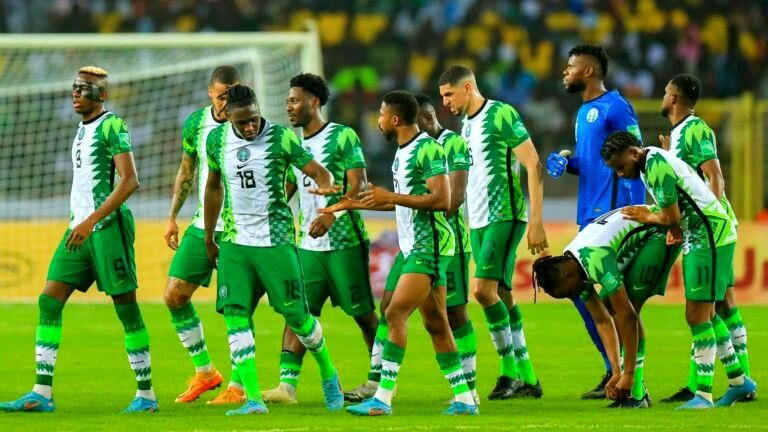 The Super Eagles of Nigeria have slipped by one spot to be ranked 32nd in the world in the October world ranking by global football governing body FIFA.

In the ranking table released on Thursday, the Nigerian senior men’s national team garnered 1498.47 points in September as against the 1504.7 garnered in August.

On the continental level, they are still placed fourth behind Senegal (world 18th), Morocco (23rd) and Tunisia (30th).

On the global scene, Brazil are placed first as ranking leaders, which is enough to boost their confidence in the bid to win a sixth world title.

In beating Ghana and Tunisia in their two friendlies last week, A Seleçao widened the gap between themselves and their nearest challengers.

Belgium who lost to eighth-placed Netherlands in the Nations League are second, after dropping a step, and Argentina in third place complete the podium.

The only change in the top 10 saw Italy in sixth place leapfrogging Spain who are now seventh.

There is more movement further down the ranking, with Croatia now 12th, after rising three places, while the Islamic Republic of Iran are 20th, rising up two places to move into the top 20.

They are followed closely by Serbia who are now 21st, after gaining four places.

The biggest movers were teams who failed to qualify for Qatar 2022, namely Scotland (40th) and Azerbaijan (123rd), each moving five places higher.