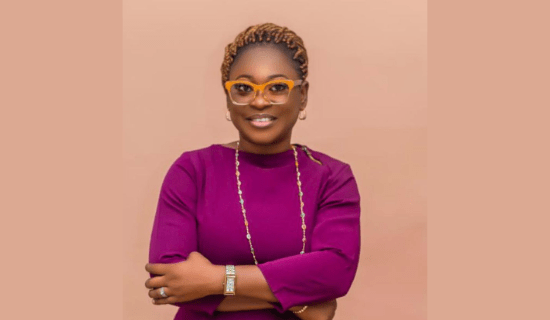 The Lagos State Governor, Babajide Sanwo-Olu on Monday evening condemned the killing of a Lagos-based lawyer, Bolanle Raheem, who was shot dead by a police officer in the Ajah area of the state.

Sanwo-Olu took to his Instagram page to express his shock at the incident and vowed that justice will be served speedily.

He also sympathised with the family and friends of the deceased, describing the incident as a “mindless shooting of a citizen.”

The governor in a lengthy message said, “With utter shock and sadness, I received the news of the mindless shooting of a citizen by a police officer whose primary job function was to protect the same citizen. I hereby sympathise with the family, friends and associates of late Bolanle Raheem.

I am therefore assuring everyone of the state government’s full support and cooperation with the police authorities in their investigation to unravel the remote and immediate cause of the shooting, that led to Bolanle’s untimely death, with a view to ensuring justice is served.

“I have studied preliminary reports on the matter and have instructed the appropriate government officers to immediately get on it. We must ensure a speedy justice for the late Bolanle. Our government cannot sit back and watch our citizens killed by the same law enforcers that should ordinarily protect them.

“I’m aware that the Lagos State Police Command have arrested, disarmed and detained the police officers involved in the shooting incident. I can assure you that the accused persons will have their day in court and nothing will be spared under the laws of Lagos State until justice is served adequately. We will ensure that it is done speedily because justice delayed is justice denied.

I would also appeal to residents to remain calm and not to take the law into their hands on the matter, the state government will live up to her responsibilities and get justice for late Bolanle Raheem,” the governor ended.

The NEWSUPDATE247 earlier reported that Raheem’s unfortunate demise occurred on Sunday, Christmas Day, after a policeman, identified as ASP Drambi Vandi, shot at her car in the Ajah area of Lagos State. According to reports gathered by The PUNCH, Raheem, her sister, and four children were coming from an eatery in their car around 11am when the cop tried to stop them.

Raheem was trying to make a U-turn under the Ajah Bridge when the cop shot at her vehicle. The bullet was said to have hit the victim and she was immediately rushed to a hospital afterwards, where she was confirmed dead.

The police have since condemned Raheem’s killing and the state Police Public Relations Officer, SP Benjamin Hundeyin, via a tweet on Monday described the incident as unfortunate and avoidable. He revealed that the said policeman and his team members had been arrested and the case transferred to the State Criminal Investigation Department.

The police have since condemned Raheem’s killing and the state Police Public Relations Officer, SP Benjamin Hundeyin, via a tweet on Monday described the incident as unfortunate and avoidable. He revealed that the said policeman and his team members had been arrested and the case transferred to the State Criminal Investigation Department.

Similarly, the Inspector General of Police, Usman Baba, has condemned the killing and has ordered a speedy investigation and prosecution of all police officers involved.