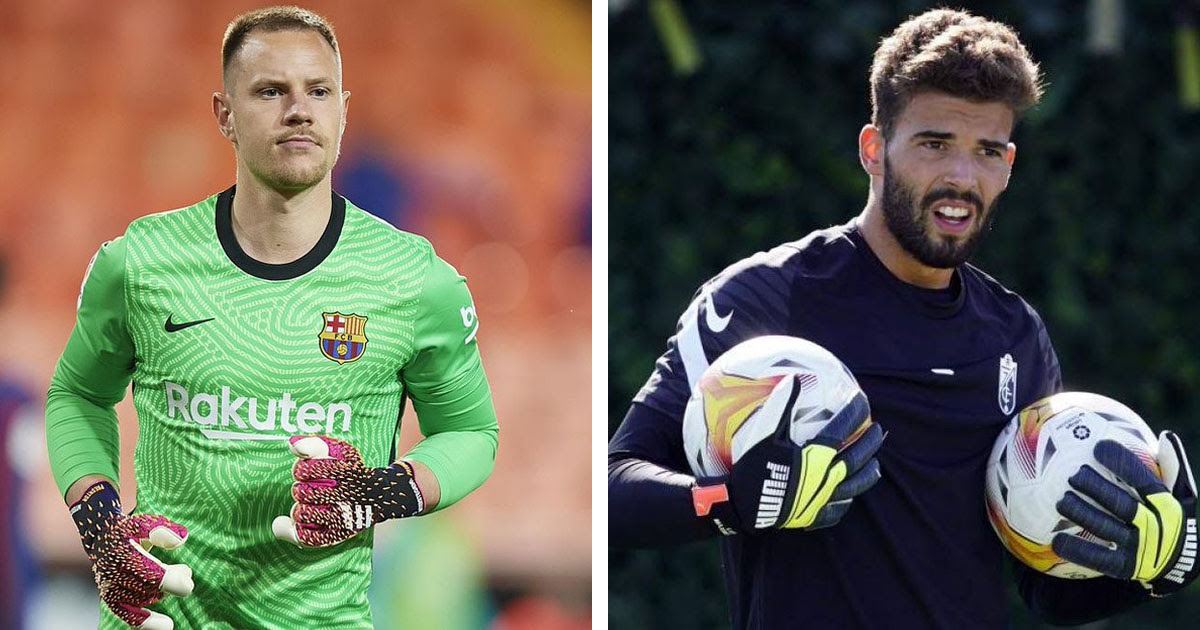 According to a report by Spanish outlet Fichajes, Luis Maximiano is the subject of interest from Barcelona over a move in next summer’s transfer window. The Catalan giants view the 22-year-old Granada goalkeeper as a long-term replacement for Marc-Andre ter Stegen.

Luis Maximiano has made quite an impression since joining Granada from Sporting CP in the final month of the summer transfer window. The Portuguese goalkeeper took no time to establish himself as the firm first-choice custodian for the Nazaries and is now regarded as one of the best shot-stoppers in La Liga.

The 22-year-old has made 15 La Liga appearances for Granada thus far this season. And while he has let in 20 goals, the goalkeeper has been impressive with his shot-stopping abilities. Such an impact has captured the attention of Barcelona, who could launch the offensive for him soon.

The interest from Barcelona is understandable, considering Marc-Andre ter Stegen has endured a significant dip in performance levels in the past year. So much so that Barcelona might be open to cashing in on the German goalkeeper if they receive a handsome sum in exchange for his services.

The current Barcelona no. 1 has no shortage of suitors either, with Manchester United, Newcastle United and Bayern Munich showing an interest in signing him. If the Catalan giants decide to part ways with the 29-year-old, they will need an able replacement.

To that end, several goalkeepers have been linked with the Blaugrana in recent weeks, including Unai Simon, with Maximiano also a viable target. Former La Masia ace Andre Onana also features on Barcelona’s shortlist of goalkeeping targets, but the Cameroonian international is expected to join Inter Milan instead.

So, Maximiano could be an option worth pursuing for Barcelona, especially considering he will be a long-term solution for them. The 22-year-old has also settled down in La Liga following his summer move from Sporting CP, making him an appealing target, especially considering he will likely cost less than someone like Unai Simon. Hence, it remains to be seen if Maximiano replaces ter Stegen at Camp Nou next summer.