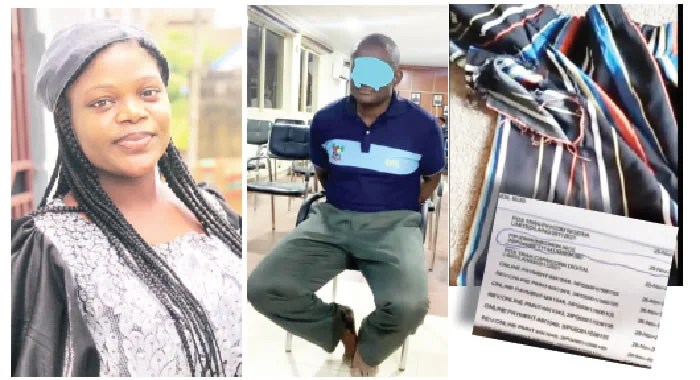 Many Nigerians have expressed anger after a grisly revelation that Nice (Andrew) Omininikoron, the driver of the Bus Rapid Transit vehicle arrested in connection with the brutal murder of a passenger, Oluwabamise Ayankole, had in the past allegedly r*ped another lady.

Nigerians registered their displeasure on various social media platforms and called for an urgent prosecution of the driver, in the interest of justice.

They also urged other female passengers to speak up on their encounters with the BRT drivers in Lagos State.

There have been calls for justice for Bamise, whose corpse was recovered at Ebute Ero, after she was last seen on the BRT bus driven by Omininikoron.

Narrating her ordeal to The PUNCH on Thursday, the lady accused the 47-year-old of raping her on the BRT bus.

The female victim accused Omininikoron of raping her on November 25, 2021, sharing a similar narrative with Bamise’s saga.

The former salesgirl at a shop in Ajah said after she closed from work around 8 pm, she boarded the BRT bus driven by the suspect.

The driver was to convey her from the Alesh Bus Stop in Ajah, to Jakande, along the Lekki-Epe Expressway, when things took another dimension.

The victim said she could not call for help because Omininikoron parked the bus at a desolate location, adding that he refused to let her go after allegedly raping her.

She also claimed that Nice threatened to stab her.

A statement of account provided by the victim confirmed Omininikoron sent N3,000 to her on November 25, 2021.