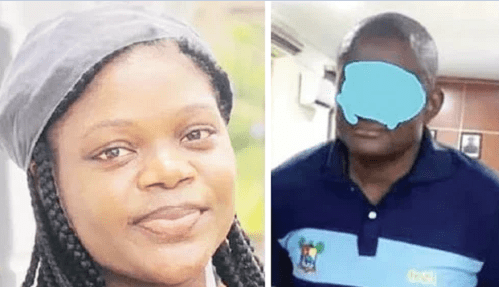 The Bus Rapid Transit driver, Andrew Nice, arrested in connection with the death of 22-year-old Bamise Ayanwola is set to be arraigned in court today.

According to rights activist and lawyer to the deceased’s family, Barrister Ayo Ademiluyi, Andrew Nice will be arraigned before a Yaba Magistrate Court at 12pm today.

Ademiluyi said, “The arraignment of Andrew Nice, the BRT driver that was arrested in connection with the murder of late Bamise Ayanwola, comes up today at Yaba Magistrate Court, and we urge interested persons to make it to the court by 12 noon as the arraignment starts as from 12 noon.”

The lawyer, who is a Lead Partner at Newworth LLP, told Punch that Bamise’s family is requesting for an autopsy on the deceased corpse to ascertain whether her body was mutilated or not.

He said, “We want an autopsy to be conducted on her body in order for the facts to be ascertained whether her private parts or any of her organs was cut off”.