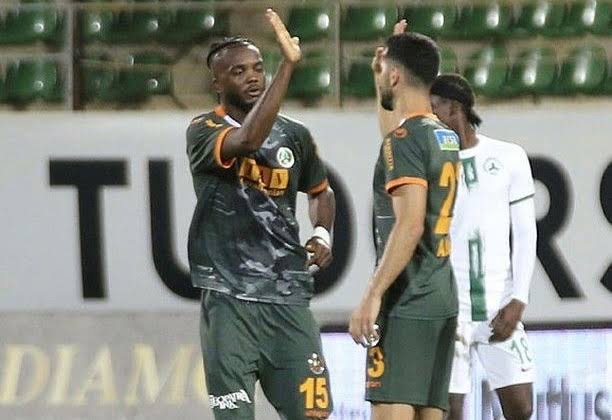 It was the former Boavista player’s first start for the club since December 2021.

Awaziem posted a solid performance in the game after some tough past few weeks where he’s had to contend with an injury and a lack of minutes throughout the African Cup of Nations.

Since the defender got back from Cameroon, where he was on national duties with the Super Eagles, he’s been an unused substitute in four games.

It was his 12th game of the season, and he has so far scored once and picked up five yellow cards.

The win lifted Alanyaspor to fifth on the log after 28 games, with a European ticket on their eye.

They currently sit one point below Fenerbache and Istanbul Basaksehir who are both on 47 points.

Awaziem hasn’t had it smooth sailing at the club  so far this season, as he’s had to contend with injuries and a lack of minutes. His recent struggles have affected his place in the national team where he’s placed on the standby list ahead of Nigeria’s crucial double header against Ghana at the final round of the World Cup playoffs.