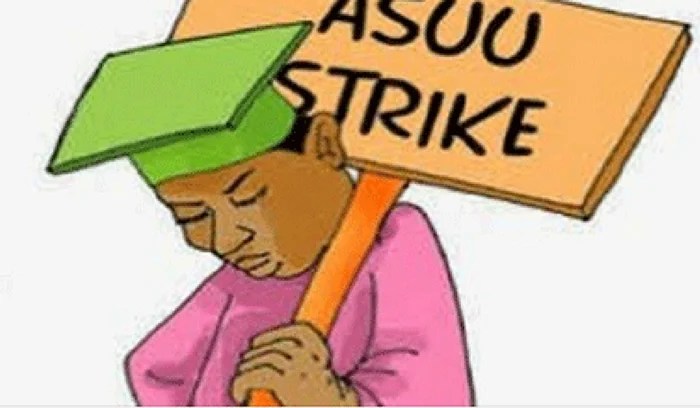 With the 8-month industrial action embarked upon by the Academic Staff Union of Universities, ASUU, over, the issues that trailed the strike linger on.

Top on the list is the last minute attempt by the Federal Government to break the ranks of the Academic body.
Recall that the Federal government on October 4, 2022, registered two parallel unions in the university system.

The unions are the National Association of Medical and Dental Academics, NAMDA, and the Congress of Nigerian University Academics, CONUA.
The Minister of Labour, Chris Ngige, while presenting certificates of registration to both unions last week, stated that the two unions will function alongside ASUU.
The development is believed to be a way to weaken ASUU which has been on strike since February this year following its protest against unpaid allowances and demand for better funding of the public universities.

The Minister’s move is also believed to be connected to Mr Ngige’s recent brickbats with the ASUU President, Emmanuel Osodeke at a meeting conveyed by Femi Gbajabiamila, Speaker of the House of Representatives.
Ngige had accused Mr Osodeke of deliberately frustrating the government’s efforts at resolving the crisis and mobilizing Nigerians against the government, an allegation the union leader denied.
Speaking on the development, a Port Harcourt based lawyer, Adoyi Abakpa, who opposed the development, said the federal government is not supposed to interfere in union matters, adding that the government is trying to cause a faction.

“It’s only the existing association already registered that will be recognized. Any other association that comes under that, the ministry of labour will ask the new one to align with the existing one. So where will the factional union operate? In education? And ASUU can’t be proscribed because it’s not a terrorist body. It’s not constitutional to register another union,” he told DAILY POST.
Another lawyer, Amos Orimolade urged the Federal Government to respect the rule of law and withdraw the certificate of registration given to the parallel unions.

”FG needs to respect the Trade union of Acts and withdraw those certificates. The provisions of Section 3(2) and Sections 5(2), 5(3) and 5(4) (of the Trade Union Act), states there is no basis for those registration.
”Those unions have failed to satisfy the precedent conditions provided by the Trade Union Act for the registration of trade unions, it should be withdrawn with immediate effect,” he said.
Meanwhile, the Academic Staff Union of Universities (ASUU) on Friday suspended its eight-month-old strike conditionally.

ASUU President, Prof. Emmanuel Osodeke, President also instructed members to resume all services hitherto withdrawn with effect from 12:01 on Friday.
He also said that for the avoidance of doubt, the contending issues include funding for revitalisation of public universities, earned academic allowances, proliferation of public Universities, visitation panels/release of white papers.

He added that others are the University Transparency and Accountability Solution (UTAS) as a broad spectrum software to stop illegality and provide for an alternative payment platform in the university system and renegotiation of the 2009 Agreement.