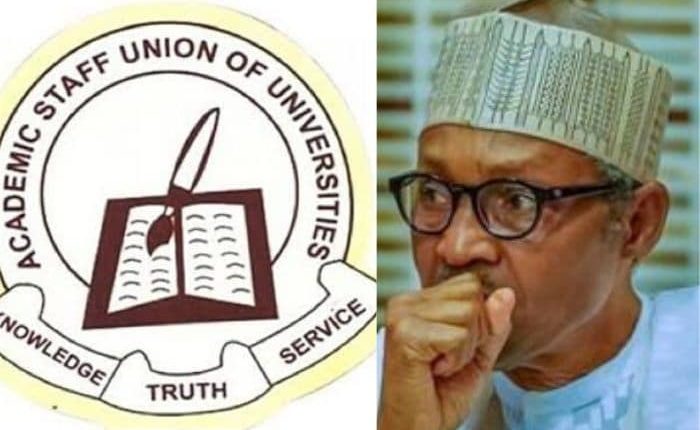 The President, Major General Muhammadu Buhari (retd.), on Saturday, insisted that the Federal Government had released funds for payment of earned allowances and revitalisation to universities.

Buhari, who identified funding as a major problem confronting the Nigerian university system and as well the primary basis of incessant industrial actions in the ivory towers, said his administration had “consistently paid serious attention to the issue of university funding”.

The President, who was represented by a Director in the National Universities Commission, John Ahmadu, spoke at the 5th and 6th combined convocation ceremonies of the Federal University, Oye Ekiti where 2,599 students graduated across all the departments.

Buhari said his administration had handled funding issues in universities “through multiple sources, including education budgets across various Ministries, Departments and Agencies, but most importantly through the Federal Ministry of Education as well as the Tertiary Education Trust Fund. As a government, we will not relent on this commitment.

“We will continue to support the university system through improved funding and infrastructural development. In this regard, my government has repositioned the TETFUND to be able to address the infrastructural gaps in our tertiary institutions.

“As an evidence of our commitment to the welfare of university staff, the Federal Government recently released funds for the payment of Earned Allowances as well as the revitilisation of universities. We will continue to do more within available resources considering other competing national needs,” he said.

Recall that members of the Academic Staff Union of Universities, who have been engaging the Federal Government for not honouring the 2009 agreement with them with earned allowances and revitalisation funds being major issues, denied knowledge or release of the funds despite an assertion by the Minister of Labour, Dr Chris Ngige, that they had been paid.

FUOYE Vice-Chancellor, Prof, Abayomi Fasina, who said the university had been growing in leaps and bounds and making excellent academic exploits, called on TETFUND and as well other stakeholders to come to its aid to resolve some of its challenges.

The VC said, “This university has been hampered and confronted by a number of challenges. These include inadequate funding, security issues such as land trespass due to lack of perimeter fencing, inadequate infrastructural facilities and so on.

“Let me appeal to TETFUND Executive Secretary, Prof. Elias Bogoro to consider us for special interventions funds, especially in the area of perimeter fencing and construction of lecture auditorium.

“The university now boasts of about 30,000 students. The geometric growth rate comes with its own challenges, including population pressures, shortage of facilities, and infrastructures,” Abayomi said.