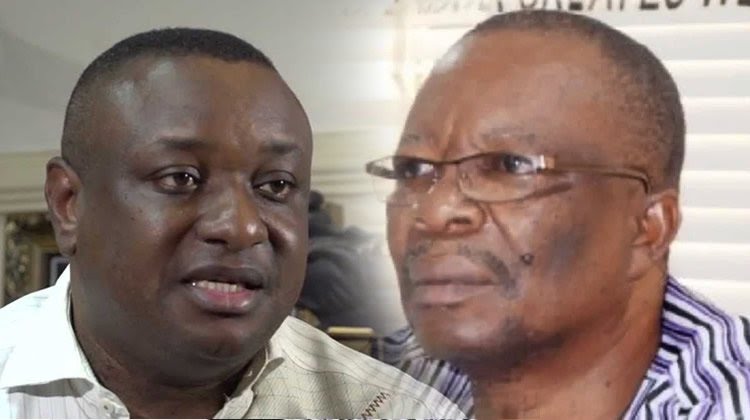 The Academic Staff Union of Universities (ASUU) has responded to the statement credited to the Minister of State for Labour and Employment, Mr Festus Keyamo, accusing the federal government of not showing any commitment to reach an agreement that will end the ongoing strike by the university lecturers.

Keyamo had on Friday stated on a live TV programme that it would be unrealistic for the federal government to borrow money to pay the salaries of lecturers.“Should we go and borrow to pay N1.2trillion yearly?” Keyamo queried.
“You cannot allow one sector of the economy to hold you by the jugular and then blackmail you to go and borrow N1.2 trillion for overheads when our total income would be about N6.1 trillion. And you have roads to build, health centres to build, and other sectors to take care of,” the minister reportedly added. However, responding yesterday in a telephone interview with THISDAY, the President of ASUU, Prof. Emmanuel Osodeke alleged that the federal government appears to be deliberately delaying the signing of an agreement with the union to prolong the dispute.
He lamented that a prolonged crisis in the university system in the country may lead to a mass exodus of highly qualified university staff to other countries.“Nigerians should ask the federal government what they have proposed to pay, what have they done about it? Have we ever mentioned N1.1 trillion any day? “You see, what we are seeing is that government officials just go to the media and speak every day without having any idea what they are talking about. We are going to respond appropriately,” he said.

Reacting to the proposed salary increase for lecturers which the government said would probably gulp huge amounts of money, Osodeke said ASUU did not mention any figure during negotiations with the government team.
We have never mentioned any amount or done any calculation. It is not our duty to do any calculation, we are asking for a salary review after 20 years; it is their duty to state the amount they will be able to pay based on what we proposed and we have done that with two committees- Munzali Jibril and the recent one -Nimi Briggs and we reached an agreement but they went back and they didn’t reach out to us.
“This time again, they set up a committee headed by Prof. Nimi Briggs and we finished with the committee and they still didn’t get back to us. Keyamo is talking about the figure, but we can’t talk about figures when we have not reached an agreement,” he added.

Responding to Keyamo’s claim that the federal government cannot afford to pay the lecturers a new wage, the ASUU’s president said: “Let me put it this way; if you send a lawyer to represent you in a case, will he go and sign an agreement without getting permission from you?” Osodeke said that the federal government was fully represented in the talks that led to the proposal.
“In that committee, we have officials from the Salaries, Income and Wages Commission; Ministry of Labour and Employment; Ministry of Education, Federal Character Commission; Ministry of Justice; Ministry of Finance, Budget and Planning. They were all present at the negotiation on the draft proposal and nobody complained,” he said.
He said that even if the government had any reservations or disagreements with the draft proposal the best way was to get back to the negotiating table to sort things out, instead of going to the press to play to the gallery.

He said that as of yesterday, the government had not reached out to the union on the matter.On the move by the government to repudiate the Briggs proposals, Osodeke said: “By labour laws, they have no right to repudiate it. If you have an issue, you go.
More importantly, these delay tactics may lead to the loss of our best brains in the universities, by the time it ends. Do they think that they can owe university lecturers six months without consequences? Is there any country in the world where that will happen?

The result is that they will leave in droves to other countries. And many of them that will remain will not take the university job serious again because they are used to other things they are doing which they have found out are better than teaching. It is the Nigerian students and people who will suffer it.”