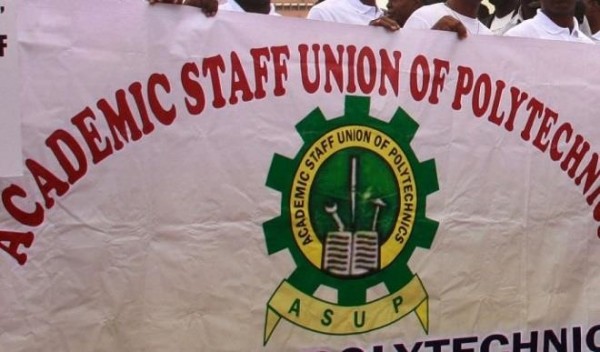 Members of the Academic Staff Union of Polytechnics have been asked by the union to be ready to stop work when there is a call for it.
The National President of the union, Anderson Umezurike Ezeibe stated this on Wednesday while addressing members of the union at Hussain Adamu Federal Polytechnic, Kazaure.

This is coming a few days after the Academic Staff Union of Universities (ASUU) embarked on a one-month warning strike.

According to Ezeibe, ASUP called off its strike on June 10th 2021 based on agreements it reached with the Federal Government.

The president of the union disclosed that part of the agreement include the release of ₦15 billion for the revitalisation of Polytechnics and Monotechnics and payment of the arrears of minimum wage, the inauguration of the governing council and the pay as you earned liability issue.

Ezeibe further stated that since the union reached an agreement with the Federal Government, it has only fulfilled a few while others have not been achieved.

He said, “Despite the suspension of the strike the revitalization fund is yet to be released after its approval by the President Muhammadu Buhari as well as the minimum wage arrears.

“Renegotiation document is still on, the renegotiation process of the agreement is also going on.

“Therefore strike is a legitimate instrument of engagement for Government failure to meet our demands.

“Strike is a decision taken by National Executives, so any time we give a progress report if it doesn’t meet the approval and satisfaction of NEC strike became an option.”

He noted that the NEC will take a decision during its next meeting set to hold in March.