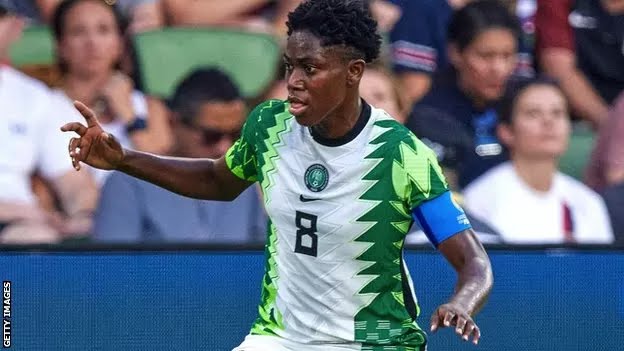 Super Falcons captain Asisat Oshoala will be out of action for 10 weeks with a hamstring injury.

The injury, which she suffered in training with the Super Falcons Wednesday in Abuja, has already caused her to miss the African Women’s Championship playoff against Cote d’Ivoire.

She missed Friday’s first leg last Friday, which the Falcons won 2-0, and will also not be available on Wednesday in the reverse tie in Abidjan.

She will also miss Barcelona Champions League quarterfinal against Real Madrid on March 30.

The all-Spanish clash will be watched by a record 85,000 fans after tickets were sold out.

Oshoala is the leading scorer in the Spanish top league with 19 goals from 16 appearances.

Her three-year contract with the European champions will run out this summer.