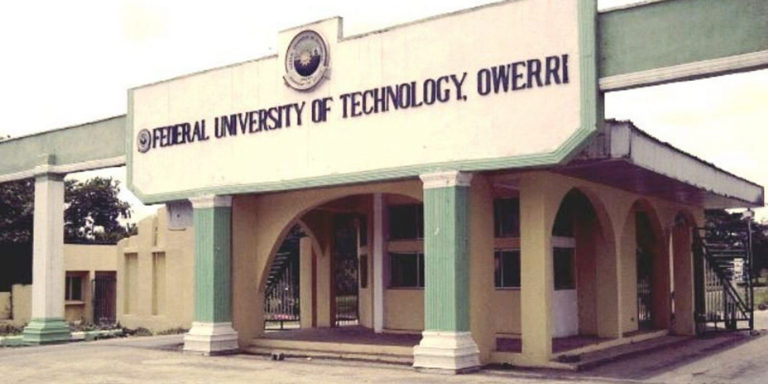 The University community of the Federal University of Technology, Owerri, Tuesday morning, woke up to a shocking find.

But on seeing the coffin, everybody made a conscious effort to avoid the use of the main gate. They, rather, took alternative gates into the sprawling University compound.
There are two speculations as to who placed the coffin at the gate.

One school of thought put it down to cult activities. A group of cult boys, outside the FUTO community, this group thinks, must have deposited the coffin there as a warning that they could storm the campus. In which case they were warning any other cult group in the school, not in their group, to get ready.
But another school of thought says perish the thought. It says the coffin must have been placed by a couple of communities surrounding FUTO to scare the academic community over land issues.

The intimidating expanse of land on which the University is built belong mostly to Ihiagwa, Obinze and Eziobodo communities. And even though the Federal Government says it paid the agreed, and adequate compensation to the land owners, there have been altercations and disagreement over the land given to FUTO.
While the natives insist they were paid peanuts while FUTO allegedly keeps encroaching on their other lands and expanding, FUTO accuses the Communities of deliberately encroaching on the lands meant for the University Community, and denying the University access.

A few months ago, Imo State Governor, Hope Uzodimma, on a visit to the University, assured the academic community that it would have access to all the land allocated to it.
At the time of filing this story, there has been no official reaction from the University. And nobody or group has claimed responsibility for the strange incident.