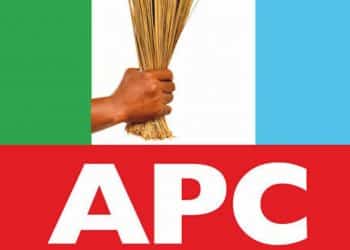 The Osun Independent Electoral Commission (OSIEC) has declared all the 69 chairmanship and 393 councillorship candidates of the ruling All Progressives Congress (APC) as winners of Saturday’s local government election in the state.

The Chairman of OSIEC, Mr Segun Oladitan, while announcing the official results, as well as issuing the Certificates of Return to the elected council executives in Osogbo on Sunday said that all the 462 contestants were returned unopposed.

The News Agency of Nigeria (NAN) reports that the local government election, which recorded a low turnout of electorate, was contested by only the APC, with the ballot paper used for voting reflecting only “YES or NO”.

Chairmen and councillors were elected into the 30 local government areas, 32 Local Council Development Areas and seven Area Offices in the state.

Oladitan said the issuance of Certificate of Returns and declaration of winners was done in line with Section 35 of the Osun State Independent Electoral Commission 2022 Act and Sections 105(1) and 106 (1) (a)(b) of the Electoral Act.

“I have the privilege to announce to you that the candidates, having fulfilled the requirements of the 1999 Constitution (as amended), the Electoral Act, 2022 and the Law of Osun State Independent Electoral Commission, 2022, are hereby declared and returned unopposed in their respective Local Government Areas, Local Council Development Areas and Area Councils,” he said.