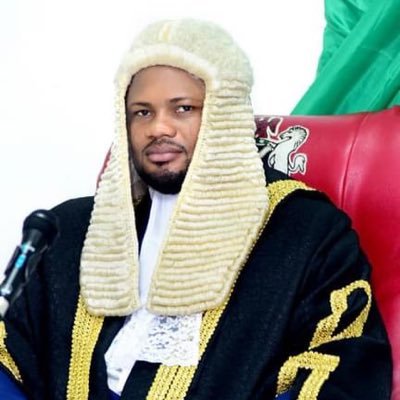 Benin city – The bill for a law to prohibit open grazing of cattle and regulate other livestock in the state on Tuesday suffered a major setback as lawmakers disagreed over clause 5(7) of the bill.

In the bill clause 5(7) stated that a ranch committee to be constituted by the state governor would be empowered to determine the size of land suitable for ranching.

Considering the bill clause by clause at the committee of the whole, the member representing (PDP Esan South East), Rt.Hon.Sunny Ojiezele argued that to leave the committee to determine the size of Land would portend grave danger.

He noted that the enormous powers allocated to the committee by the bill would lead to the acquisition of more arable land for ranching.

He explained that his local government had recently lost 80 percent of arable land to a private company.

He thereafter, proposed an amendment to the clause to the effect that one-tenth(1/10) of the total arable land mass of a community be acquired for ranching.

The Majority leader,Hon. Henry Okhuarobo who begged to differ from the argument by his colleague also proposed that the committee should determine the size of the land provided it does not exceed 20 percent of the total land mass of the local government.

But in his contribution, the deputy whip of the house, Hon.Ephraim Aluebhosele disagreed with the 20 percent proposal adding that many farmers would lose their arable farm land to ranchers

Hon.Aluebhosele, however, aligned with the proposal of the member representing (PDP Esan South East) that the size should be put at one tenth

The member representing PDP Esan North East,Rt.Hon.Francis Okiye who also raised concerns over the danger inherent in clause 5 (7), urged the house to determine a definite size and distance between two ranches.

Rt.Hon.Okiye also observed that the model of ranching proposed was not stated in the bill.

The deputy speaker, Hon.Roland Asoro who also aligned with the proposal by the majority leader, said the 20 percent
should be taken from the total land mass of a community rather than from the local government.

The speaker Rt.Hon.Marcus Onobun during consideration reminded the lawmakers that the land use act which was in operation in the state vested the ownership of lands on the state government.

At the end of the consideration, all proposed amendment suffered setback as none was seconded by any of the lawmakers.

The speaker thereafter stepped down the consideration of the bill to allow for further consultation.

Meanwhile, the house also confirmed Mr Bartholomew Cornelius -Brai as a civil commissioner in the state.