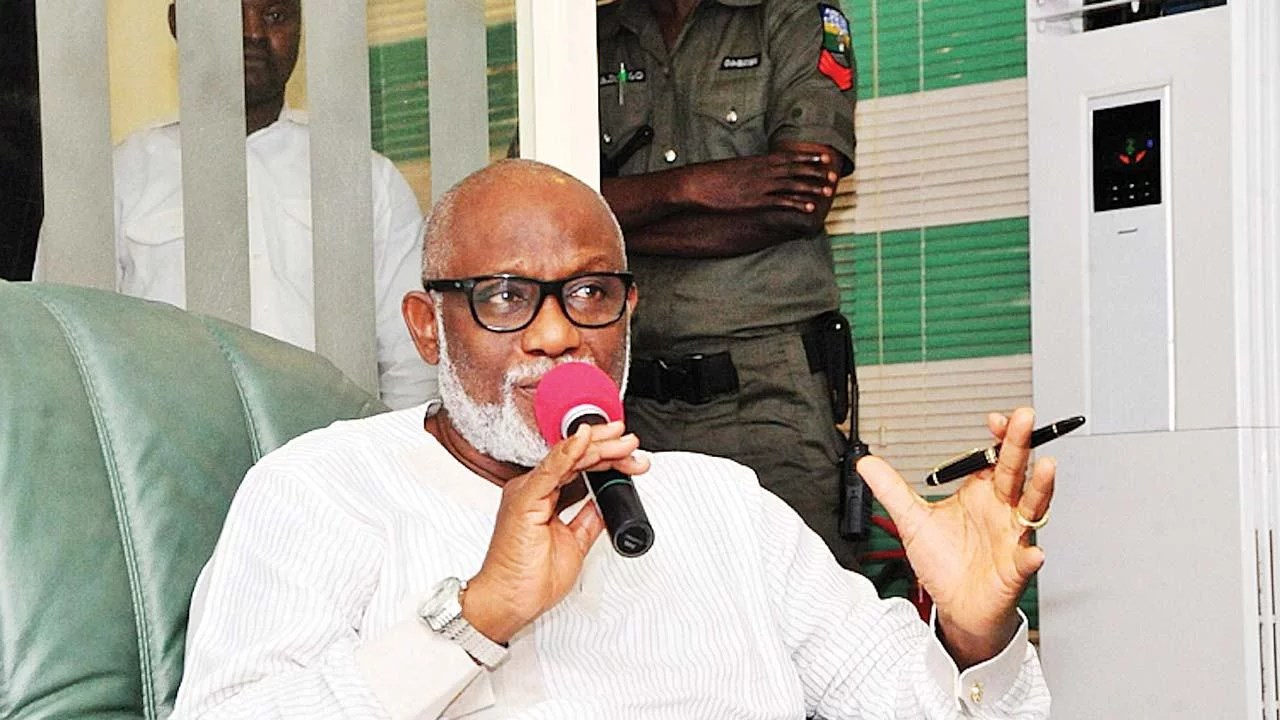 The executive governor of Ondo State Oluwarotimi Akeredolu, has directed the Head of Service to fire officials who are receiving double salaries from the state payroll.

Akeredolu gave the order while receiving the report of the Committee for Verification, Scrutinization and Clean-up of the State Payroll.
The Governor, who suspected that the state payroll including salaries and pensions had been compromised, set up a seven-member committee to continuously clean up the payroll of possible infractions.

The committee, led by the Chairman and former Permanent Secretary of the Ministry of Finance, Mr. Victor Olajorin, on Wednesday submitted its report to the Governor at his office, Alagbaka, Akure.
Receiving the report, Governor Akeredolu frowned at the different infractions discovered in the payroll and lamented the over-bloated workforce which he said was occasioned by many ghost workers.

The governor also directed that all Ministries, Departments, and Parastatals (MDAs) in the State should stop recruitment under any guise until the Salary Verification Committee concludes its assignment.
“We have an over-bloated workforce, and undoubtedly, I am sure there are many ghost workers.

“Those who are receiving double salaries, apart from recovering the money from them, I am directing the Head of Service to get them dismissed. They must serve as deterrents to others,” he said.
Earlier, Mr Olajorin informed the Governor that the first and major step taken by the committee was to contact the various services including the Teaching Service Commission (TESCOM), Hospitals’ Management Board (HMB), and Local Government Service Commission (LGSC) among others.

He noted that the committee also obtained vital documents like the Nominal Roll, Disposition List, Pay Register, and Pension Payroll so as to achieve its mandate.
“The documents were consequently scrutinized and in the process, some infractions were discovered.

“Our beam light was initially focused on TESCOM and some of the infractions detected were about officers/pensioners receiving both salary/pension, retired officers later reappointed and drawing salary/pension, officers whose salaries are hanging among others.

“The exercise led to the discovery of some unwholesome practice like abscondment, study leave without pay, payment of salaries to officers after resignation, while some officers couldn’t be traced to any health facilities,” he said.