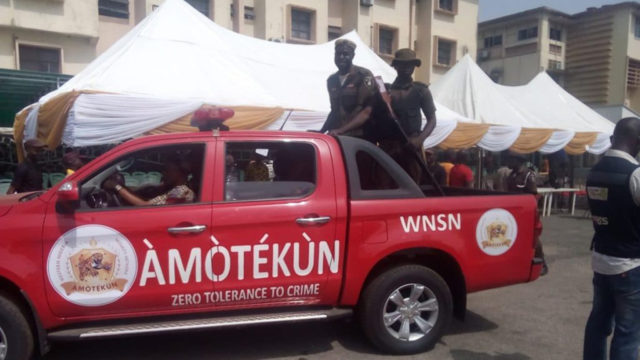 Commander Akinremi explained that the suspects who are between the ages of 17 and 20, were arrested on February 9, 2022, following a distress call received by Ikenne Command of the agency, that the cult group was terrorizing and disturbing the peace of Ajagbe High School, in Iperu Remo.

The Amotekun boss further stressed that the group, comprising of current and ex-students of Ajagbe High School were involved in raping innocent girls in the area.

He noted that, consequent upon the distress call, the Amotekun operatives busted their hideout during their weekly meeting and arrested Oregbesan Idris, 17years and Abdul Toheeb 19years.

He added that their confession during the interrogation led to the arrest of Esan Kazeem 20 years and Saka Sultan 17 years.

He, therefore, said the arrested suspects are being processed for transfer to the police for prosecution.