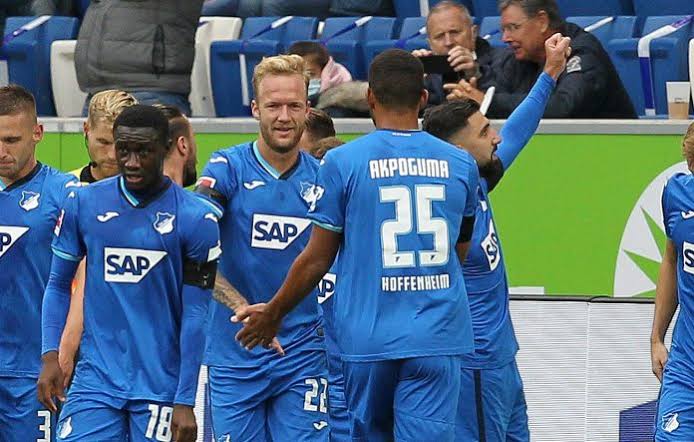 Kevin Akpoguma was on the pitch for 16 minutes as TSG Hoffenheim frustrated Bayern Munich at the PreZero Arena.

Die Roten equalised in the 45th minute as Polish marksman Robert Lewandowski grabbed his 30th goal of the season in the Bundesliga.

Bayern threw everything at their host who also threatened on occasions through Andrej Kramaric.

Akpoguma came on in the 74th minute for Czech defender, Pavel Kaderabek to help Hoffenheim stay on to their draw, and prevent the champions from opening a 12-point lead on top of the Bundesliga.

German international of Nigerian descent, Jamal Musiala also featured in the game as he became the youngest player in the history of Bayern Munich to complete 50 appearances. The 19-year old German international has nine caps for the Die Mannschaft and is considered one of the most talented teenage footballers in the world.

He however struggled to help Bayern go past a stubborn opposition on Saturday evening, with Hoffenheim also aiming for a place in the Champions League.