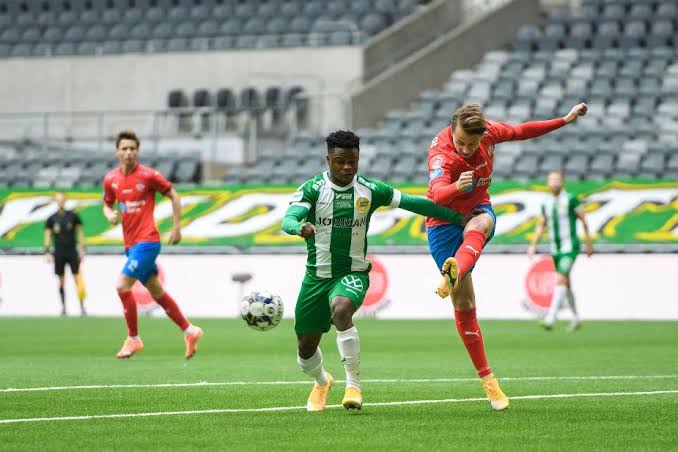 Nigerian former U-17 international Akinkunmi Amoo has earned his first Super Eagles callup as he makes the main squad ahead of the all-important World Cup qualifiers against Ghana.

Amoo, who recently moved to Danish giants FC Copenhagen as record transfer for Hammarby FC was listed as one of the midfielders to face Ghana.

He’s the second player from his U-17 squad to make it to the Super Eagles after former coach Gernot Rohr handed callups to Samson Tijani in the past.

Super Eagles coach Austin Eguavoen had announced days before the recent AFCON that Amoo would have been invited if the NFF had time on its hands.

READ MORE   Nigeria vs Ghana: Eguavoen’s blessings are not in disguise, deployment will be key to triumph

The former youth international’s rise in football may be on new springs with an invitation to the Nigerian senior national team.