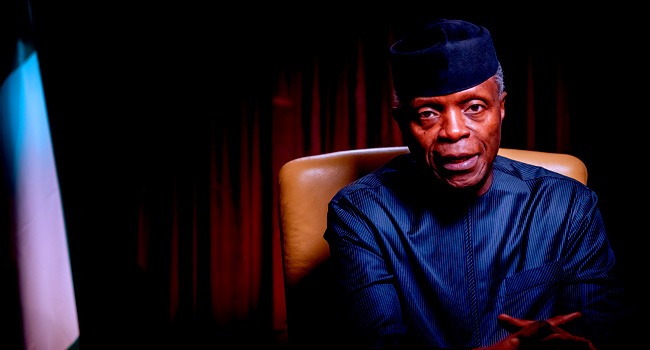 Osinbajo spoke at the opening of the 2022 Judicial Year of the African Court on Human and Peoples’ Rights in Arusha, Tanzania on Monday, where he was Special Guest of Honour.

The Senior Special Assistant to the Vice President on Media and Publicity, Laolu Akande, disclosed this in a statement titled ‘How to guarantee the Africa we want, by Osinbajo at African Court’s first-ever formal yearly opening in Arusha.’

The Vice President spoke on the theme ‘The African Court and the Africa we want.’

He expressed that for Africa to achieve the desired level of attainment, issues such as poverty, socio-economic rights, environmental and sustainable development alongside concerns about democracy and unconstitutional changes of governments, must be dealt with.