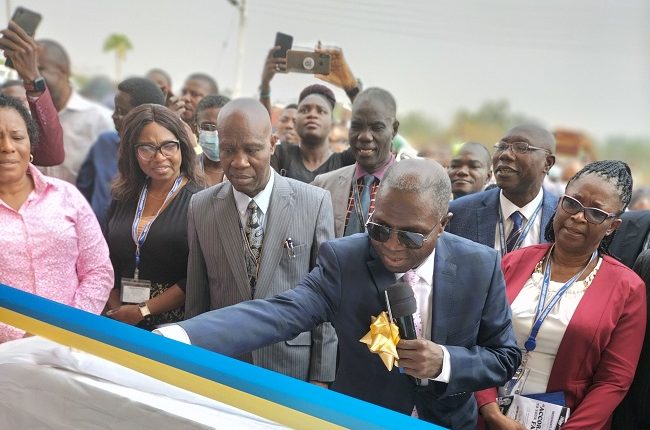 Speaking at the commissioning of the building complex, Pastor Adeboye said, all efforts would be made to make the institution a second to none among other sister universities in the whole World.

He remarked also that, the university is now positioned to compete with highly rated universities globally and that “the donation of the building complex would enhance the academic excellence of which the university is known for”.

Represented by the Pro-Chancellor and Chairman of Council of the university, Pastor Ezekiel Odeyemi, he said the Redeemer’s University has already registered its name on the international map.

Describing the donation as one of the great achievements of the General Overseer, Adeboye and Folu Adeboye were praised for their passion, commitment and progress of the university.

According to him, the project inauguration was the beginning of sets of miracles for the Redeemer’s University, therefore, urging all staffers to show commitment to the “rapid growth” of the university, which he maintained would take it enviable heights.

The General Overseer assured that the university would continue to be among the best, saying continuous improvement and striving for excellence will remain the institution’s mantra of greater achievement.

It will be recalled that, the Redeemer’s University was rated the second-best and best private university in Nigeria by the National University Commission (NUC) last year.