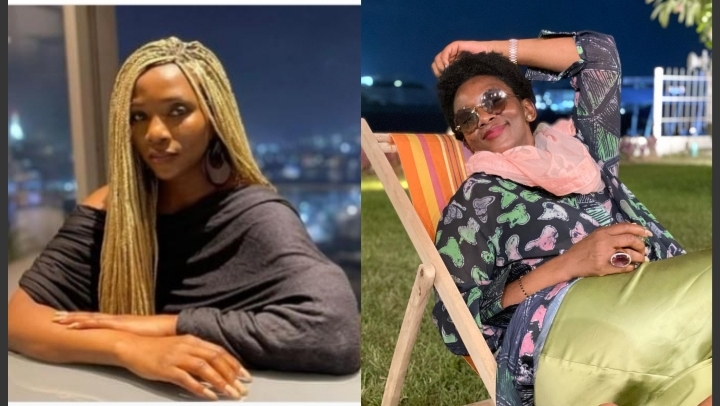 Veteran Nollywood actress, Genevieve has not only been able to gain the love of Nigerias but also their respect.

Over the years, she has successfully gained for herself the title ‘silent mover’ as she has been known to achieve great things without making noise about it or flaunting it on social media. In new reports, the movie star has reportedly purchased for herself a luxury apartment in Bourdillon, the Ikoyi axis of Lagos State.

The luxury apartment is said to be worth $1.8 million which is over 700 million in naira.

The news was shared by Instagram gossip blog, Cutie__juls, who disclosed that Genevieve Nnaji named the luxury apartment her playhouse for relaxation and hanging out with her friends.

Apparently, the actress who has managed to stay controversial free alongside a couple of friends go there to chill once in a while.

“My one and only role model on this gram business just lifted the bar so high.

She exclusively bought her luxury appartment for over $1.8mil in Bourdillon, Ikoyi

Apparently, this her new appartment is what she calls “her play house”.

Meaning when she is boared, she calls friends over etc ans they hangout there for a couple of days where they only do things they love but wouldn’t do everyday “around just anybody”. ❤ 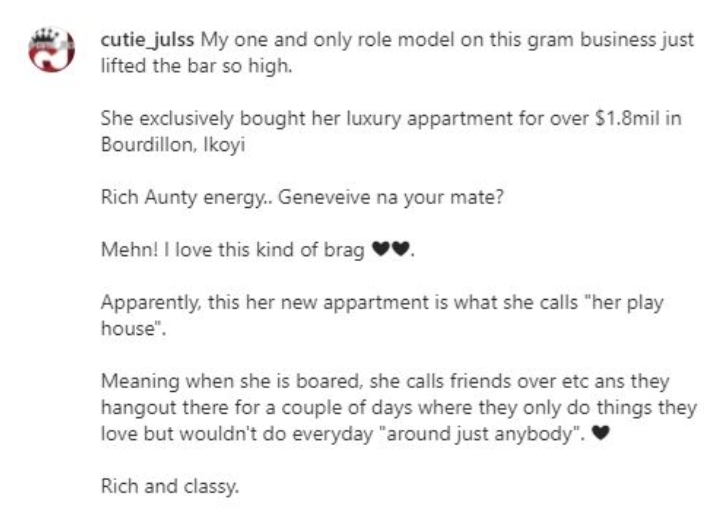 Reacting to the post, netizens described Genevieve Nnaji as a silent mover with so much carriage, no noise and free of drama.