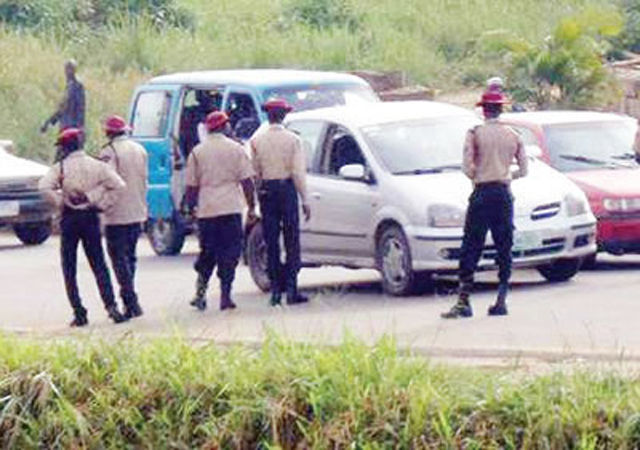 The Federal Road Safety Corps, FRSC, says over 300 lives were lost in various road accidents in Ogun State in 2021.

Ahmed Umar, the FRSC Sector Commander in the state, disclosed this in a statement issued in Abeokuta on Sunday and signed by the command’s Public Education Officer, Mrs Florence Okpe.

Mr Umar explained that 1,200 people were involved in the various road accidents with over 200 vehicles involved.

He noted that speed violation which was due to human error accounted for over 77 per cent of accidents in the state in 2021.

The FRSC head revealed that Sienna vehicles also referred to as space buses had high involvement in the crashes during the year under review.

“The command will deploy Radar Guns for speed detection and control.

“Also, it will sustain the enforcement of the installation of Speed Limiting Devices in commercial vehicles as a whole and by extension Sienna vehicles which have been observed to have high involvement in crashes.

“The enforcement which is scheduled to take effect as soon as possible, will be collaboratively carried out with other sister agencies like the Nigerian Army, Nigeria Police among others.

“The operation is scheduled to hold across the state especially the major corridors. Radar guns will be used to check the speed of vehicles and detect any erring motorists,” he said.

Mr Umar advised commercial motorists especially owners of Sienna vehicles to install speed limiting devices in their vehicles and desist from acts that could pose as threats to them and other road users.