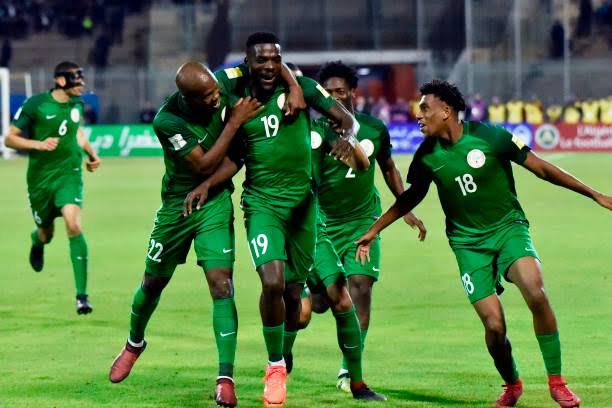 Anthony Nwakaeme was on the scoresheet again in Turkey as he equalled and surpassed his personal best of goal contributions since he moved to Trabzonspor.

Nwakaeme scored his eleventh goal of the season for the Black Sea Storms in the 34th minute, three minutes after Goztepe took the lead.

Abdulkadir Omür scored the second of the evening for Trabzonspor in the 37th minute, before Nwakeme assisted Djaniny for Trabzonspor’s third goal. It was the former Hapoel Beer Sheva attacker’s 10th assist this season, as he equals his statistics in his first season at the club.

Nwakaeme recorded ten goals and ten assists in the 2018/19 season and has already surpassed those contributions this season. He has managed 21 goal contributions from 23 games this term and is a strong Player of the Year contender in the Turkish Super Lig.

Trabzonspor currently lead Konyaspor, sitting in second place and with a game in hand, with 18 points. There are nine games to go in the season, but the Nigerian has already equalled his highest achievements with the club, despite a campaign he had to deal with injuries, a slump in form and COVID-19.

The 32-year old attacker has one cap with the Super Eagles.

Former Rangers of Enugu midfielder and an ex-youth international, Obinna Nwobodo also featured in the game from start to finish as he struggled to help his team against the high-flying leaders.

Goztepe currently sit in 18th in the 20-team division and may find themselves deeper in relegation waters if fortunes don’t change soon.