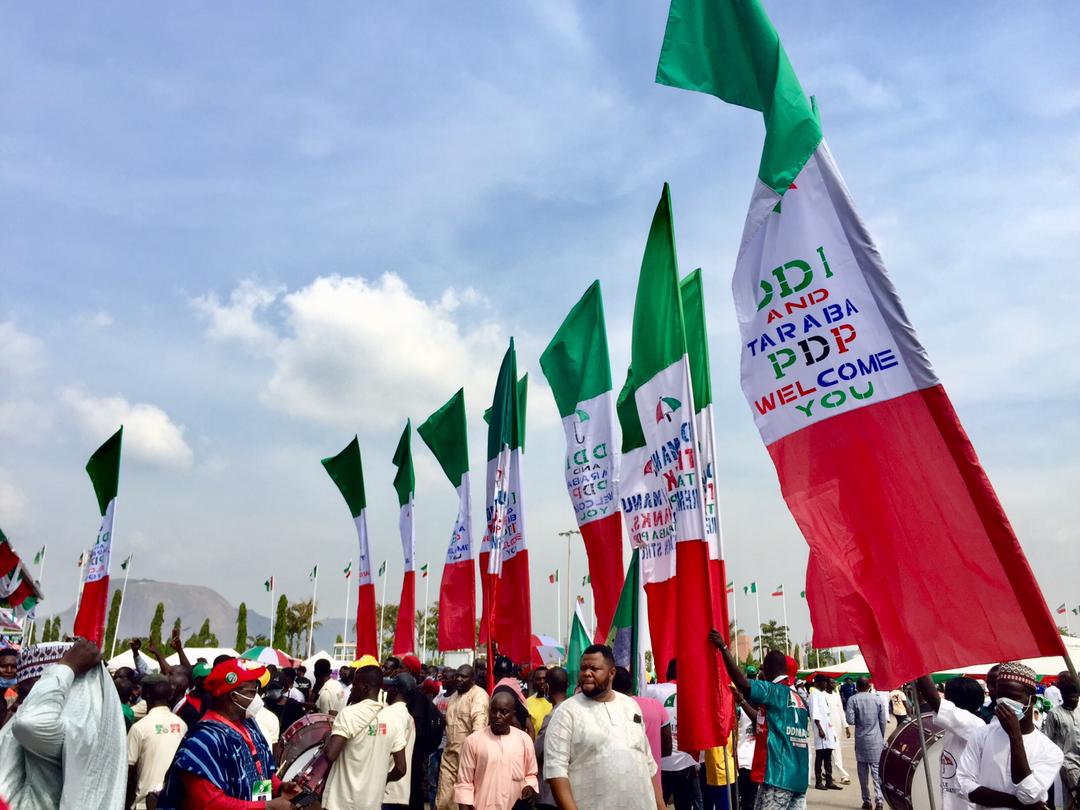 2023: PDP Presidential Primary Holds In May

Barring any dramatic twist, the Peoples Democratic Party, PDP, has concluded plans to hold its Presidential convention for the 2023 poll in May.

The convention according to multiple credible sources may hold on May 28 and 29, 2022.
Addressing newsmen at the end of the 95th NEC meeting of the party yesterday, the national publicity secretary of the party, Debo Ologunagba said sufficient preparations have been made by the party for the 2023 general elections by the PDP.

In a communique issued at the end of the meeting, the party approved the sum of N35m and N5m for Presidential Nomination and Expression of Interest forms respectively.
Similarly, the governorship Nomination Form is pegged at N20m while the Expression of interest form is fixed for N1m.

Others include State House of Assembly -Expression of Interest -N100,000,

NEC also approved the PDP Electoral Guidelines for the conduct of primary elections as well as the timetable and schedule of activities of the PDP for the 2023 general elections.