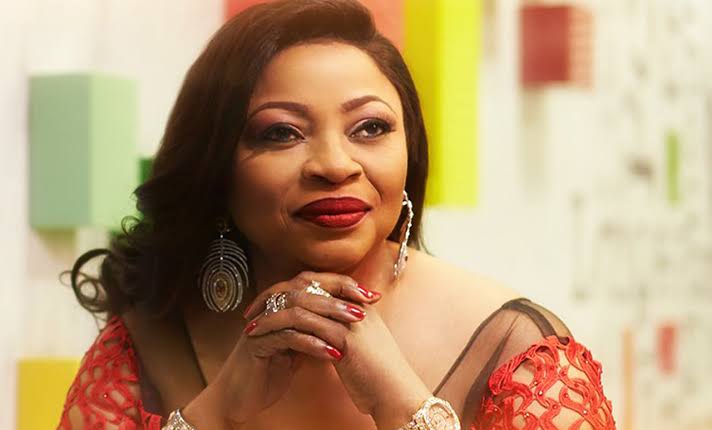 Billionaire richest woman in Nigeria, Folorunso Alakija has urged old politicians in the country to step aside and allow young people to take over the affairs of the country.

Recall that the presiding Bishop of Amazing Grace Pentecostal Church recently disclosed that she has jettisoned wearing earrings because of her faith.

Alakija, the second richest woman in Africa who recently turned 70 years old said the old generation politicians have done enough and now is the time for them to handover to the new generation.

The wealthy entrepreneur spoke ahead the 2023 general election, particularly the presidential election that has now elicited interest from old politicians who have occupied top political positions at state and federal levels in the past.

Those that have so far indicated interest in ruling the country, even though they have not publicly declared are former Vice President Atiku Abubakar and former governor of Lagos state, Asiwaju Bola Ahmed Tinubu. The only politician who has publicly declared interest in the nation’s top job is Anyim Pius Anyim, a former Senate President and Secretary to the Government of the Federation under the administration of President Goodluck Jonathan.

These politicians, Alakija said are tired, and therefore must allow the youth to take over the rein of affairs of the country for any meaningful development to take place.

According to her, “it is, therefore time for us, the old generation, to step back and allow the younger generation to take over.

“If we need our country to take its rightful place in the community of nations, we must innovate the youths and allow them to participate.”

Alakija who is also a well-known philanthropist recently opened up on why her faith no longer allow her to wear ear ornaments.

She said “I used to love jewellery. I had all kinds and the jewellery had to match every cloth I wore. In those days I used to tell God not to take jewellery from me. If anybody had come to me and told me not to wear jewellery, I would not have listened to the person.

“I would have wondered where that person is coming from. But by the time God started dealing with me on it, I had no option but to do away with it. That night I just suddenly found I was bleeding from my ear lobe. I did not sleep with earrings that night so I wondered what could have caused the bleeding. My ear lobe became sticky. When soap touched it while I was having my bath, it was hurting.”

She explained that God had shown her sister in a dream that something will happen if she would not stop wearing earing.

“That dream was almost becoming a reality. At a particular time when we were praying, a nephew of mine asked if I put lipstick on my earlobe because it had become red. The experience was not funny. But to cut a long story short, it took ten days for God to deal with me. Finally, I gave it up. Now I am free,” Alakija said.