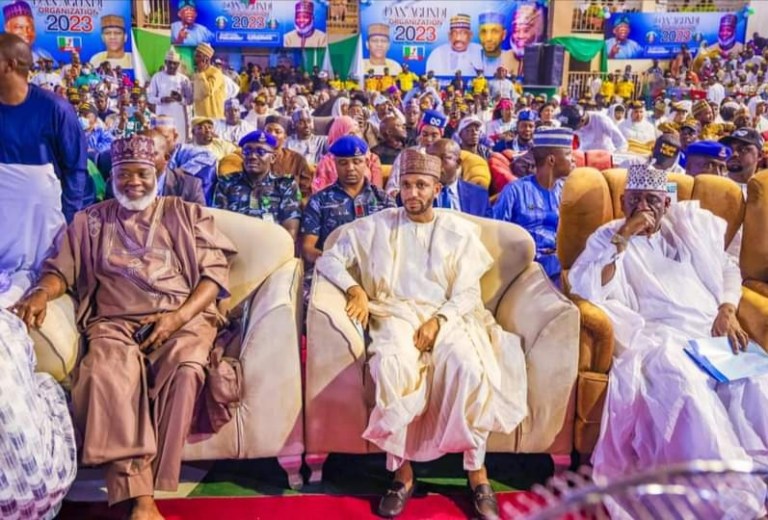 The All Progressives Congress (APC) in Kano State is mobilising over one million youths across the 44 Local Government Areas, particularly in the metropolitan areas, to prevent a repeat of the 2019 inconclusive election in the state.

Spokesperson for the Gawuna/Garo Campaign Council and Commissioner for Information, Muhammad Garba, said in a statement that the APC wants to ensure that the 2023 governorship contest is concluded in the first round of the election.

He said that in 2019, members of the leading opposition party then, the People’s Democratic Party (PDP), most of them now in the New Nigeria People’s Party (NNPP), perfected electoral malfeasance that led to the declaration of the election as inconclusive by the Independent National Electoral Commission (INEC).

“On the day of the election, members of the opposition mobilised its youth in the early hours of the day who engaged in massive vote buying, over voting, vote stuffing and even violence, particularly in the metropolitan local government areas of the state.

In many polling units, the ballot boxes were found filled with ballot papers, some forcefully snatched from INEC staff or received from officials sympathetic to the opposition.

After counting, most of the boxes were found to have contained ballot papers higher than the number of registered voters in the units. That was why INEC declared the election inconclusive,” the statement said.

Garba also noted that the opposition’s orchestration of rigging machine was so glaring in the 2019 governorship election that in some polling units, no voter had the courage to cast his or her vote secretly, talk less of voting for his choice, other than the PDP then for fear of intimidation.

He said the massive rigging could also be seen vividly in the first round of the election, when PDP then failed to win any seat outside the areas they perfected the rigging except in two places one of which later decamped back to the APC.

The campaign council spokesperson pointed out that the APC has learnt that the leading opposition party now, the New Nigeria People’s Party (NNPP), is planning to operate yet another rigging machine considering it’s daily loss of membership and the apparent utter hopelessness to win the 2023 governorship election.

“We understand that because of the apparent loss of hope and fear for failure, their state of despair has reached the extent that they are now considering working with another opposition party to contest election with the APC,” he stated.

Garba further explained that what the ruling APC had done in the last seven years in terms of development programmes such as healthcare, youth and women economic empowerment, economy, rural transformation and water supply were enough to deserve continuity.

While further enlisting the support of the people of Kano State to support the APC for the continuation of it’s laudable development programmes, he said the administration of Dr. Nasiru Yusuf Gawuna would consolidate on the achievements of Governor Abdullahi Umar Ganduje.

Garba pointed out that the APC would resist and dismantle all rigging machines to be perfected by the NNPP and checkmate any plot to manipulate or highjack the electoral process.

He charged members of the APC, teeming supporters and true democrats in the state to remain steadfast in resisting the NNPP and its manipulative tendencies.