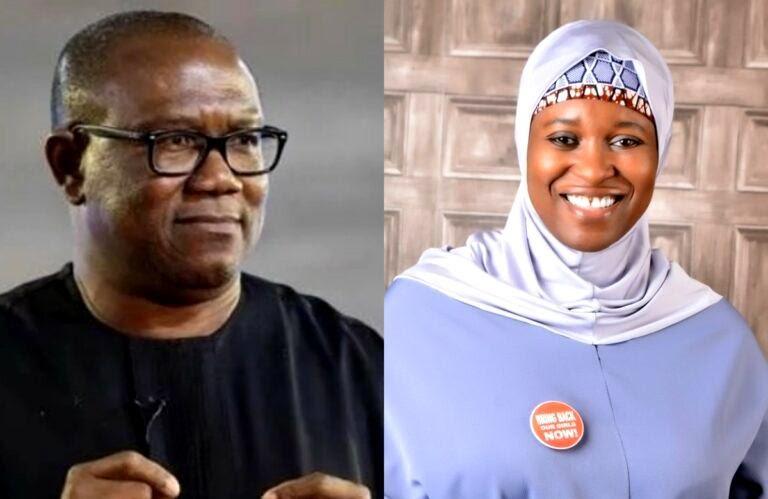 Mrs. Yesufu is an ardent supporter of the Obidients’ Movement and is 24 hours on social media campaigning for the LP presidential candidate, Peter Obi.
Ahead of the 2023 presidential elections, the LP released the list of its Campaign Council list consisting of 1,234 members last week.

DAILY POST reports that the list was released 14 days after the official commencement of campaigns for the forthcoming 2023 general election.
And there were rumours that Aisha’s name is among the 1,234 campaign council members.

But in a tweet on Sunday, the activist said, “When was I made a Labour party PCC member? I see how that is being thrown all around.
“I am not a Labour Party member neither am I on their list. I have made it categorically clear I am a citizen. I am not holding any position nor on any list. I don’t do appointments!.”