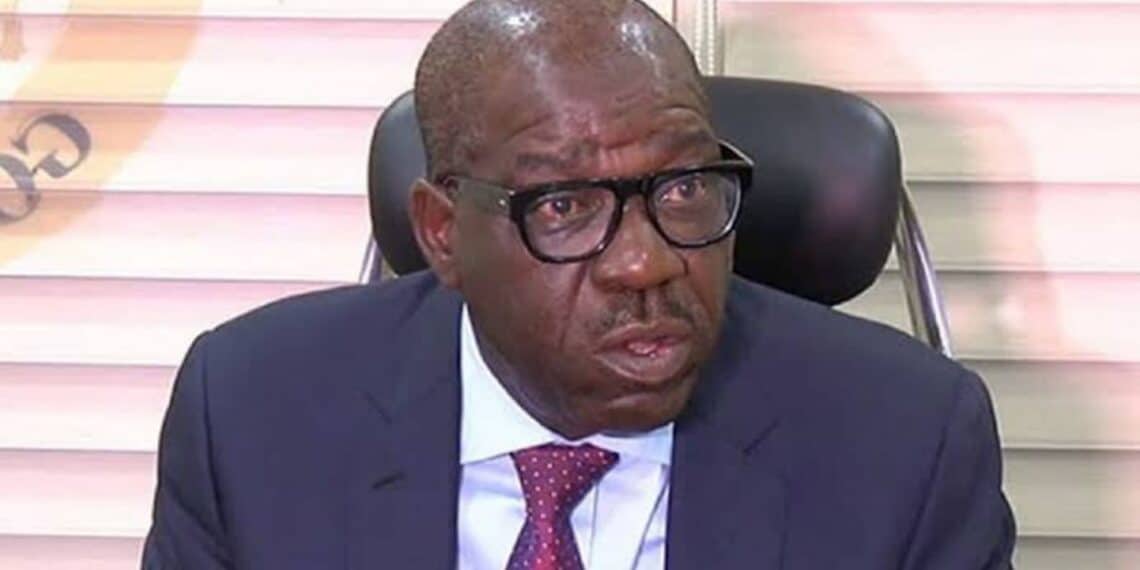 Governor Godwin Obaseki has denied endorsing the presidential candidate of the Labour Party, Peter Obi.
He stated that such information is absolutely false and malicious.

In a statement today by his Special Adviser on Media Projects, Crusoe Osagie, the governor said that the rumour is being peddled by his detractors with ulterior motives and to mislead members of the public for their selfish interests.
The statement read in part, “The news item in a section of the media, stating that Edo State Governor, Mr Godwin Obaseki, has endorsed the presidential candidate of the Labour Party, Peter Obi, is absolutely false and malicious. No statement to such effect originated from the governor.

“The story is being peddled by detractors with ulterior motives, intent on misleading and misinforming members of the public for their selfish interest.”
The governor’s aide further noted, “Governor Obaseki has, from the onset of the electioneering cycle, been at the forefront of the campaign for the Peoples Democratic Party (PDP), its candidate, Alhaji Atiku Abubakar and his running mate, Sen. Ifeanyi Okowa.

“Obaseki, as the leader of the PDP in Edo State, will deploy his massive support base to ensure the victory of our party and its candidates in the forthcoming 2023 general elections,” he added.

2023 Election: Peter Obi to Emerge President by 72 per cent