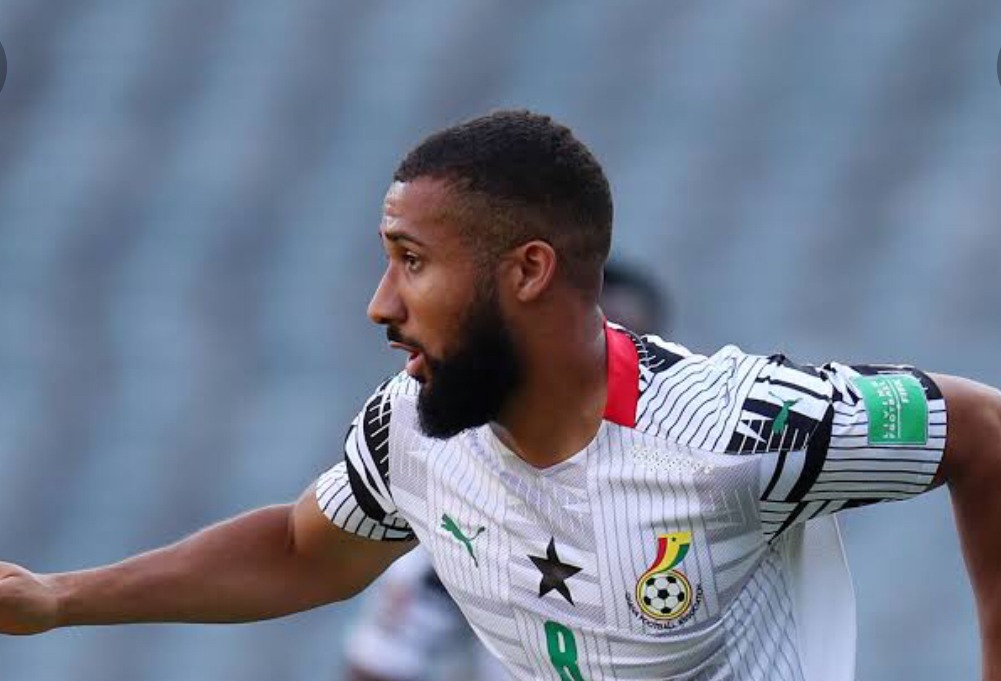 Black Stars of Ghana midfielder Daniel-Kofi Kyereh bagged his seventh goal of the season, in the Bundesliga 2 on Saturday to help St. Pauli to a 3-1 win against Ingolstadt 04 in the German second division.

Kyereh opened the scoring to help St. Pauli move up to second place on the log as they continue their push for promotion.

The 25-year-old scored a stunning free-kick to give the visitors the lead in the 22nd minute.

And 10 minutes after the break, Simon Makienok added the third goal for St. Pauli.

He was part of the Black Stars squad that featured at this year’s Africa Cup of Nations in Cameroon.

The 25-year-old is expected to feature for the Black Stars when they take on the Super Eagles in next month’s 2022 World Cup qualifiers.