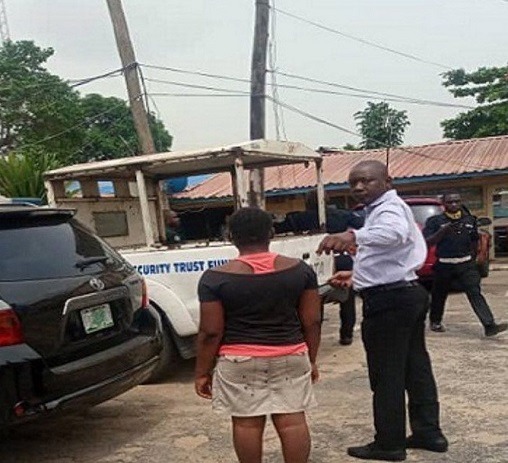 A 14-year-old female nanny, Chiamaka, has been arrested for allegedly strangling her mistress’ son, one Jayden Osokolo.

It was learnt that the girl was brought from Enugu by the victim’s mother to work as a housemaid and take care of the baby.

She reportedly killed the six-month-old baby, claiming that a cult group to which she belongs demanded his blood from her.

The incident was disclosed by the Lagos State Commissioner of Police, Abiodun Alabi, at a press briefing held on Monday at the command’s headquarters in Ikeja.

Alabi, represented by the command’s spokesperson, CSP Adekunle Ajisebutu, said Chiamaka was among several suspects arrested by the police in the last two months for various crimes in the state.

He said, “On February 6, 2022, the 14-year-old nanny strangles the baby kept in her custody to death. The suspect confessed to be a member of the Ogoloma cult group in Enugu, Enugu State. During interrogation, she disclosed that members of the cult group requested her to bring the blood of the deceased to the spiritual world hence she carried out the dastardly act.”